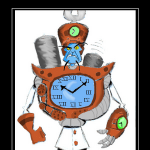 Welcome to the Crash Bandicoot Wiki, and thank you for your contributions! There's a lot to do around here, so we hope you'll stay with us and make many more improvements.

Please feel free to help us improve our existing articles, or create an article on the subject of Crash if you feel we are missing something. Please click on this link if at any point you want upload an image.

Here are some pages that you should see if you wish to continue editing here:

Project:Policies and guidelines - the rules you should follow while editing this site
Project:Manual of Style - how articles should be structured in this wiki

Here are some things you could do to help out:

We also have many useful templates.

We're really happy to have you here, and look forward to contributing with you!
—Signed YellowLucario, BaronZylo, Thaswordster and C.Syde65.

I suspect it is due to the new editor as it hasn't happened before. AFAIK there isn't a way to disable the new editor for all users but I'll go to use the classic editor seeing as the new one is, well, shambolic really. YellowLucario talk 15:18, July 10, 2014 (UTC)

Hey Ntropydude, I noticed that you undid some of Dingo's edits. Well I agree with you. His edits are pointless, as is removing information (that has stayed there for like four years).

No, PAL acts the same as NTSC-U in that matter. CM does have some unproven/incomplete information too, such as the "removed sewer level" (which is actually just Sewer or Later and Hangin' Out), The Lab's checkpoints and even Time Trial times can be wrong (see Road Crash's gold time on NTSC-U).

Oh and I was referring to a 100% completion speedrun. -- Swordster Talk!

I know how much work you've done over your time for the wiki, and don't think it's gone un-noticed. If we did a User of the Month here I'm sure you'd be competiting for it month after month, you've been fantastic for the wiki. On behalf of Team Bandipedia, well done and keep it up, you're a credit. YellowLucario talk 20:46, May 11, 2015 (UTC)

Some months ago. Its engine is fairly simple and placing uses little space so I can make multiple puzzles that normally would be hard to implement. Unfortunately, the engine is very weak so I can't put too much stuff onscreen. -- Swordster Talk! 14:16, December 21, 2015 (UTC)

I have played the game twice and to get the blue gem you need two Super Powers the Double Jump and Death Tornado Spin. So the earliest you can get blue gem is after the third boss. Thus you need to visit Snow Crash twice.

I have played the game twice and to get the blue gem you need two Super Powers the Double Jump and Death Tornado Spin. So the earliest you can get blue gem is after the third boss. Thus you need to visit Snow Crash twice.

Are you one of the administrators of this website?

Well now that you mention is, Komodobros certainly does seem to be an alternate account of Bhughes16. Thanks for bringing this to my attention! :D ― C.Syde (talk | contribs) 03:37, December 31, 2016 (UTC)

Thanks for correcting the edit I made to the Future Frenzy page. Just goes to show you how long it's been since I've actually played the game. I guess I should start watching online videos of people playing the levels more often. :P ― C.Syde (talk | contribs) 20:01, January 25, 2017 (UTC)

RE: Redundant pipes are automatically added in normal edit mode

Retrieved from "https://crashbandicoot.fandom.com/wiki/User_talk:Ntropydude?oldid=171240"
Community content is available under CC-BY-SA unless otherwise noted.