Collect 3 face tokens to unlock a bonus round.

Upstream is the fifth level of the first island in Crash Bandicoot and the N. Sane Trilogy remake of the first game. It is the first river type of level. As the name implies, Crash must travel up along a stream, without falling in.

The level is extremely linear, and is bounded on both sides by the banks of the stream which are covered in dense jungle foliage and occasional small sections of temple ruins. Crash must navigate his way up the stream by means of logs, leaves, stone platforms, and sinking lily pads. He must also jump across several red plants with green stems (somewhat similar to the venus fly traps) which will snap shut shortly after he jumps on them. There is also an alternate blue-stemmed variation of this plant, which snaps shut at regular intervals, requiring timing to get past it.

Before Crash can obtain the clear gem in this level, he'll first need to get the orange gem from Generator Room, a level that appears much later in the game. Once the orange gem has been obtained, Crash can access and break all fourteen crates. 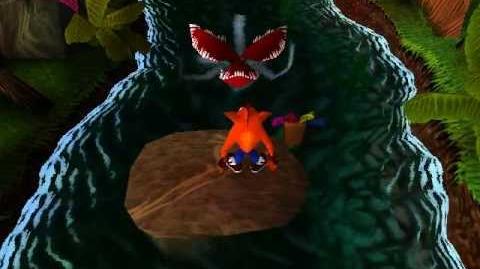 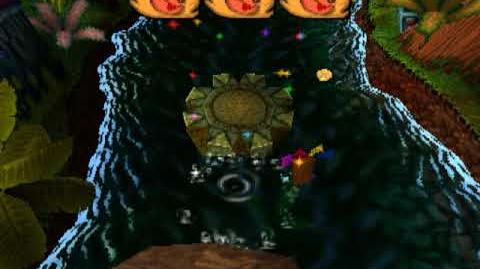 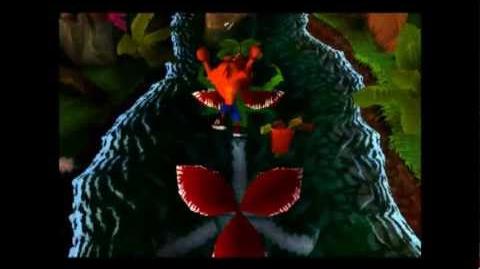 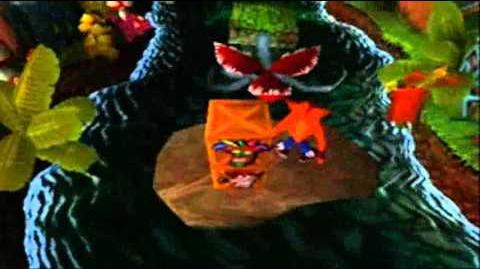 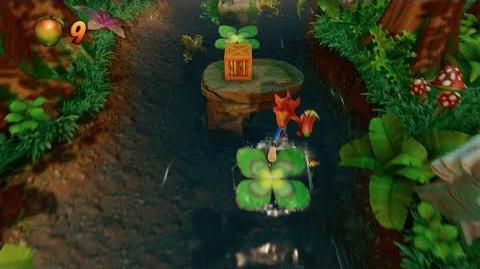 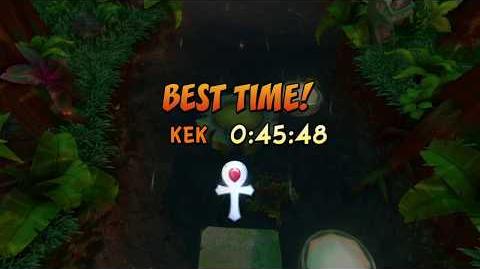 The level on the map. 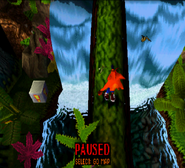 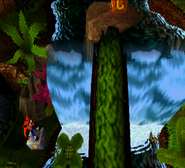 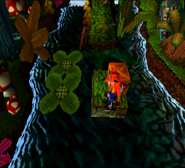 Upstream on the map screen of the Crash Bandicoot N. Sane Trilogy.

The remade Upstream in the N. Sane Trilogy.