Un-Bearable is the fifteenth level and is the final level of the third warp room in Crash Bandicoot 2: Cortex Strikes Back and the Crash Bandicoot N. Sane Trilogy remake of the second game. This level follows the premise of Crash Dash. This time though, Crash will be chased by a giant Polar Bear while running through a snow covered jungle. The level also contains a secret warp to the sixth warp room, unlocking Totally Bear.

Just like this level and the other bear levels, Coco cannot enter this stage as this stage is specially designed for Crash and Polar.

Un-Bearable takes place in a mountainous region that is covered with snow. In this level, Crash will be constantly pursued by a giant polar bear. The vicious polar bear will chase Crash throughout the level, in which he must avoid the ferocious beast at all costs. While running away from the bear, Crash must watch out for various pits and obstacles. Most of these obstacles will leave the giant bear unscathed, so they will only remain as a threat for Crash.

In certain parts of this level, Crash will come across large tunnels that will protect him from the giant polar bear. The tunnels will render the polar bear immobile, but Crash will usually come across a different polar bear waiting at the end of the tunnel. In one point of the level, Crash can find a secret route by jumping into a pit that the giant polar bear falls into. By doing this, he will come across a new section of the level that includes additional crates and new enemies. The nitro switch crate is just past the pit that leads to the secret area, and that area is much easier if the player hits the nitro switch crate and then goes back to enter the secret area.

After the last tunnel, the final chase involves riding Polar at a speed higher than usual. At its end, Polar will throw Crash over a giant pit, into which the giant bear falls. That pit can be jumped across again from the other side. By doing so, and reversing a bit of the track, Crash will find Polar sitting. If he stands in front of him, a secret warp will be activated and the first secret level in the game, Totally Bear, will be revealed. 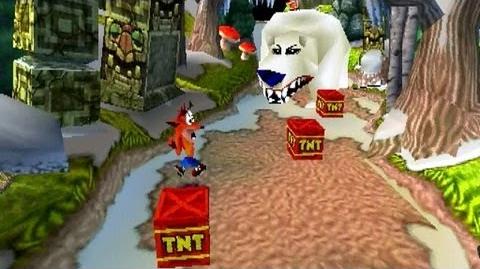 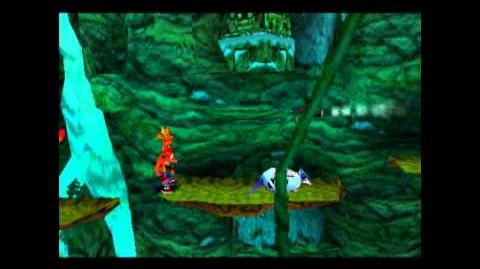 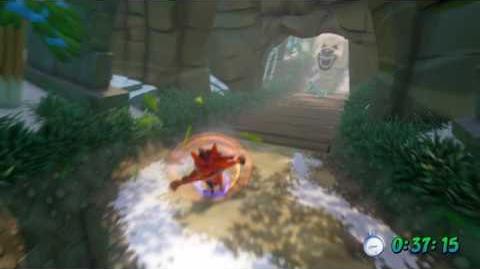 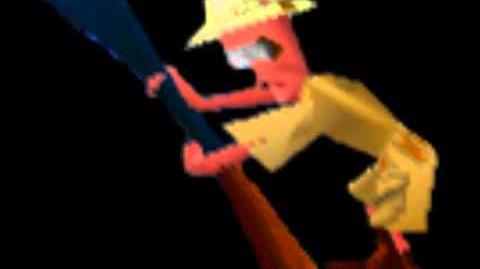 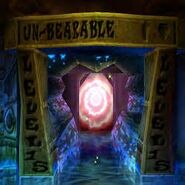 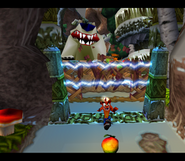 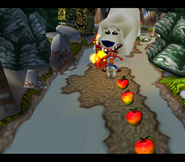