Be kind to the boxes to earn a special gem.

Turtle Woods is the first level of the first warp room in Crash Bandicoot 2: Cortex Strikes Back and the N. Sane Trilogy remake of the second game. It is set in the rainy woods on N. Sanity Island. While on the surface it appears to be nothing more than a basic introductory level, clever players will find several intriguing secrets along the way. The first bonus round of Crash Bandicoot 2 appears here, under a breakaway floor. Earlier in the level, a stone face appears on the ground. Belly flopping this face will reveal another secret area that introduces Crash to the brand new nitro crates and nitro switch crate and requires several tricky jumps from oversized ostriches to fully complete. The blue gem is also found in this stage, counter-intuitively requiring the player to clear the stage without breaking any crates to obtain. 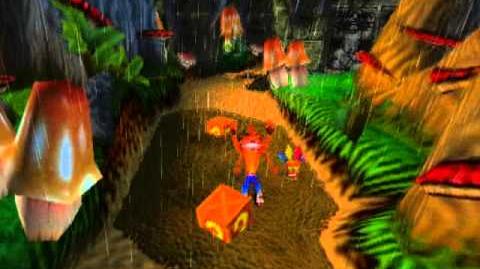 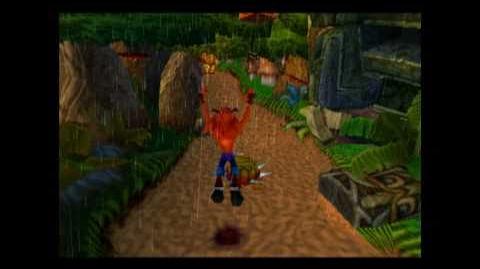 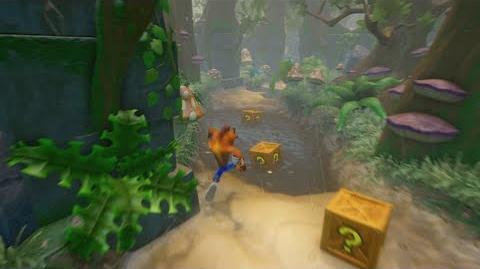 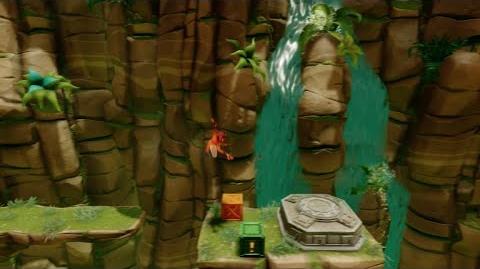 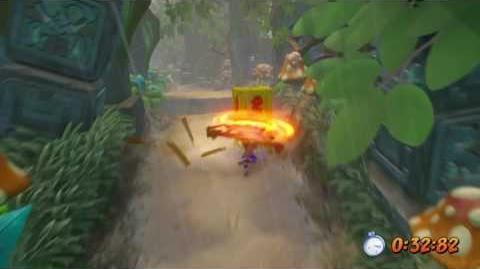 Crash On The Run - Blue Challenge Gem (Path) - Get To The End!

The secret area of Turtle Woods

The bonus stage for Turtle Woods

Crash getting the blue gem, after not breaking any boxes in this level

The entrance to Turtle Woods

Crash sinking into the quicksand

Inside a swarmer pit

The level icon from the load/save screen