Toxic Dash is the twenty-first level in Crash Bash, the sixth stage of the fourth warp room, and the second Crash Dash arena level. It has exploding toxic barrels along the edge and a monster made out of slime that appears in the center of the circular track that claps it's hands together to form 3 blobs that jump across the track. All players start with 10 laps. Players need to watch out that they don't fall into the toxic or they will lose time. This arena is based on the level Toxic Waste from the first game. 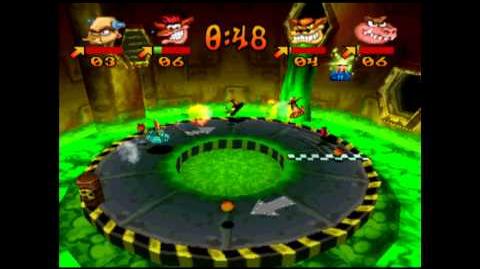 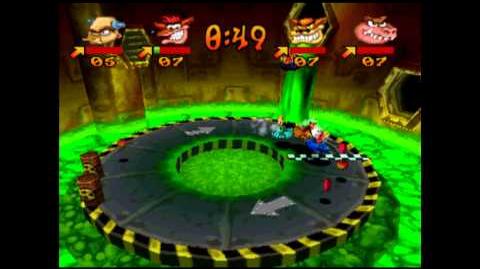 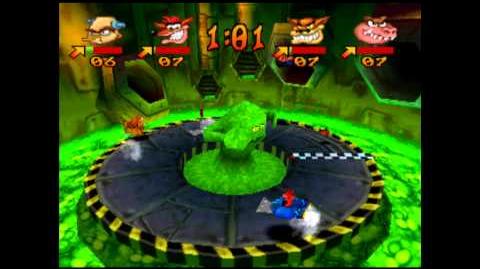