Totally Fly is the twenty-seventh and final level in Crash Bandicoot 2: Cortex Strikes Back and the Crash Bandicoot N. Sane Trilogy remake of the second game. It is the second of the two original secret levels in the game, unlocked by finding the secret warp out of Hangin' Out. Similar to Night Fight in the fifth Warp Room, it is a jungle level taking place in the pitch-blackness of night, requiring Crash to navigate with the assistance of numerous fireflies. This level is decidedly harder, however, thanks to more hazardous placement of TNT and nitro crates, and one notable section in which the player is essentially required to blindly clear out a bunch of locked crates before picking up a firefly, or else it simply won't last long enough to get them to the next one. Crash can find locked crates by spinning as soon he hears a "clank" from the crates. The bonus round features a slight change in firefly mechanics, as instead the player must keep up with a firefly flying along a predetermined path. 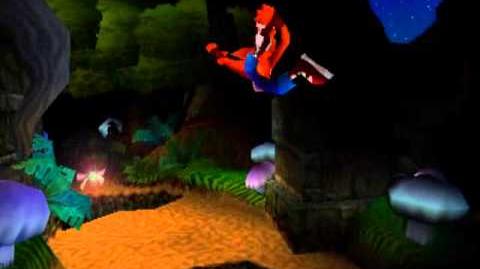 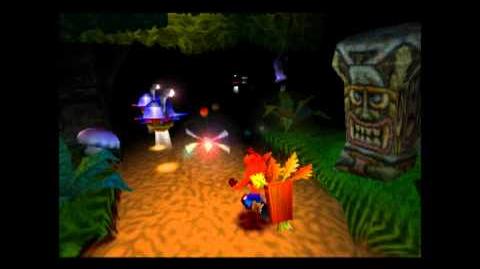 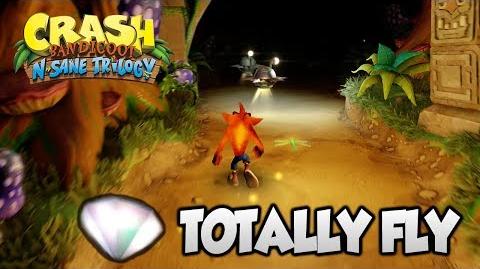 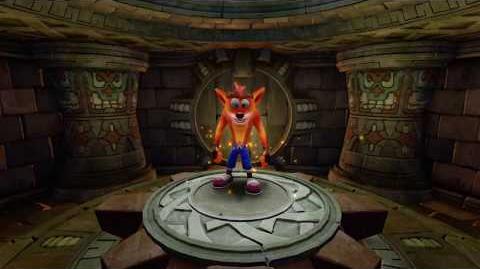