Tap run before a jump for greater distance.

Totally Bear is the twenty-sixth level in Crash Bandicoot 2: Cortex Strikes Back and the Crash Bandicoot N. Sane Trilogy remake of the second game. The first of two original secret levels in the game, it is unlocked by finding the Secret Warp Room in Un-Bearable. This level is considered to be much harder than the previous bear riding levels. It forces Crash to once again ride his pet polar bear cub, Polar, close to the end of Un-Bearable. In Bear It, it was during the day, in Bear Down, it was evening, and now in Totally Bear, it is night, making it harder for the player because you cannot see that much farther ahead, and there is a light following the two. It is unknown what the source of the light is, possibly moonlight. 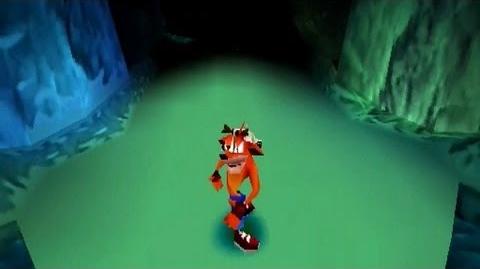 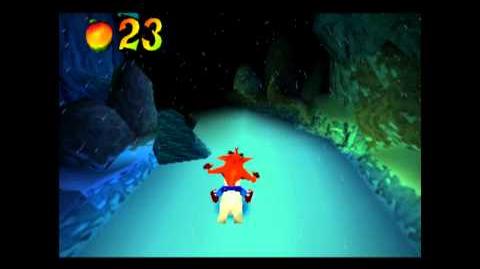 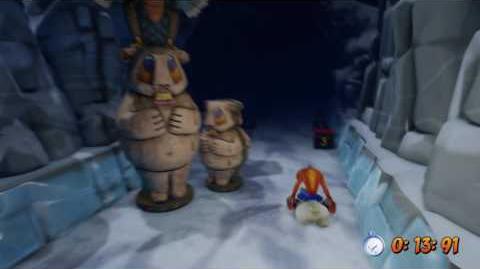 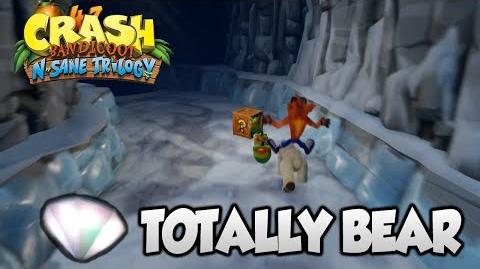