Tomb Wader is the twentieth level as well as the fifth and last level of the fourth warp room in Crash Bandicoot: Warped, and its remake in the N. Sane Trilogy.

Once again Crash is back to ancient Egypt where he must travel through a pyramid avoiding ancient traps and enemies. Some of the enemies in this level include scarabs, mummies with spiked coffins and lab assistants carrying ancient Egyptian shields. This level also features numerous paths that are filled with water. Crash must take precautions when taking these routes because the tombs filled up with water fast and he risks drowning if he isn't out of the way in time. He can make use of steel crates and platforms that can float in the water to avoid an untimely death. The level also features a death route that contains the blue gem. 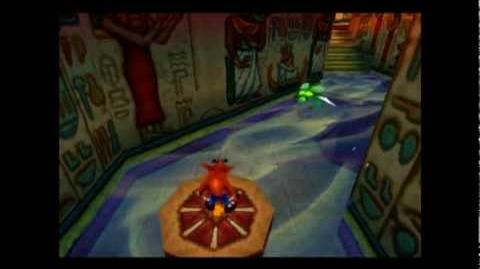 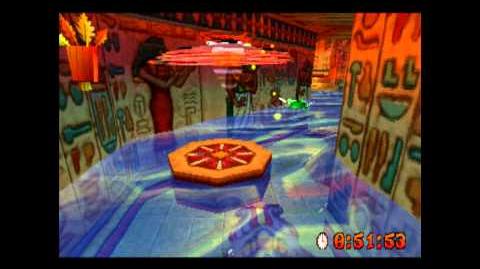 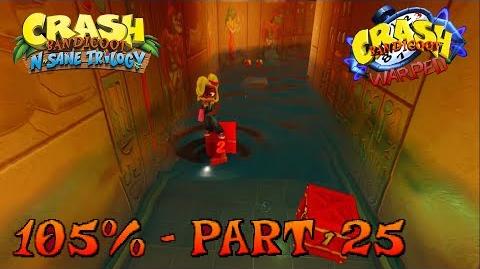 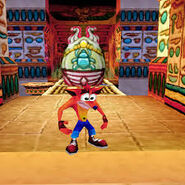