Tomb Time is the ninth level and is the fourth level of the second warp room in Crash Bandicoot: Warped and its remake in the N. Sane Trilogy.

Crash is warped back to Ancient Egypt in this level. This level introduces players to common elements in the Egyptian levels such as slippery oil-covered floors and switches that open doors.

There is a secret path that is normally accessed with the purple gem. It allows the player to get all boxes in the level and contains a secret clear gem. However, the path can be accessed without the purple gem by long-jumping left from the middle of the stretch before the stairs to the end of the level, and then long-jumping across the platforms.

A exploit of the games mechanics can be performed in this level to earn extra lives. If Crash breaks the crates at the start of the level and takes all the wumpa fruit from the boxes and then enters the time trial and restarts the trial immediately, the boxes will be restored with new wumpa fruit in them. This allows you to collect an endless amount of fruit, earning you lives for every 100 you collect.

Two extra lives can be also found on each side of the Cortex sphinx head at the start of the level using the bazooka. This earns the "The Riddle of the Sphinx" trophy in the N. Sane Trilogy. This can also be obtained early by glitch slide jumping the edge and belly flopping to reach the lives. 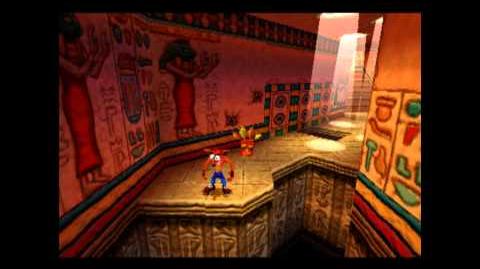 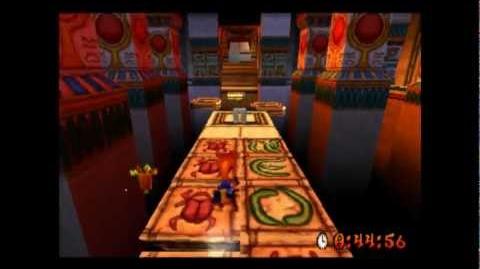 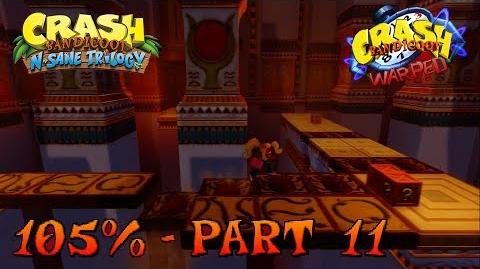