Failing a bonus path doesn't cost lives so retry it!

This level takes place in Medieval times, with goats, lab assistant swordsmen who repeatedly get their swords stuck in the ground, and frogs. The frogs are a reference to the fairytale character Prince Charming, as when they defeat Crash they will kiss him which causes them to transform back into their human form. 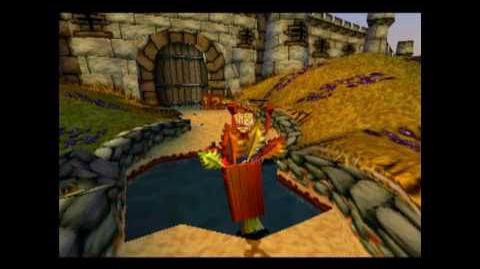 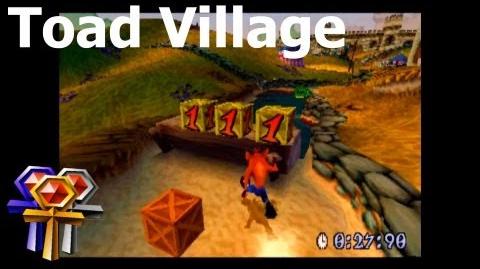 Retrieved from "https://crashbandicoot.fandom.com/wiki/Toad_Village?oldid=188264"
Community content is available under CC-BY-SA unless otherwise noted.