Assembly Lane
Thunder Struck is the ninth race course in Crash Nitro Kart and the final race track in Fenomena. It features huge trees, many jumps and it always rains. It is a difficult track for most players because there are no shortcuts and there are numerous obstacles the player has to avoid, such as the spiked swings.

In the Game Boy Advance version of the game, the track's visuals are greatly simplified, with trees and rain not present. However, similar to Tiny's Temple's day cycle, the track cycles through various colors as time passes. In the N-Gage version, Thunder Struck features a completely different background from the console and GBA versions, depicting a series of grassy floating islands in a blue sky.

It is used in the Aku Cup and the Purple Gem Cup (along with Android Alley and Tiny Temple). This track returned in Crash Team Racing Nitro-Fueled. 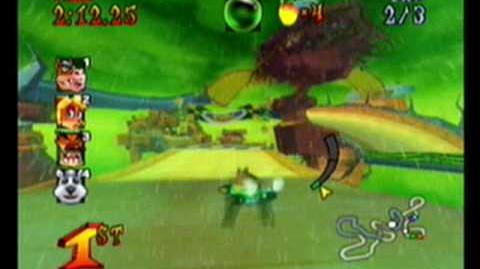 Prerelease screenshot of Thunder Struck with an earlier minimap. 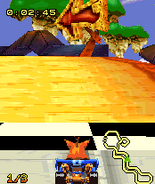 Thunder Struck in the N-Gage version of Crash Nitro Kart 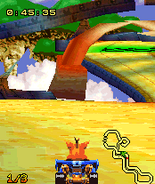 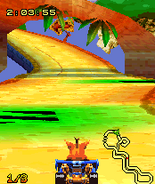 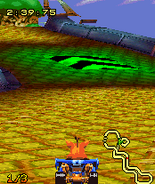 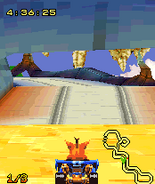 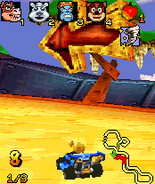 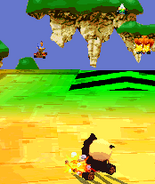 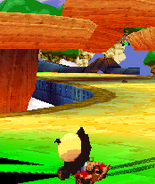 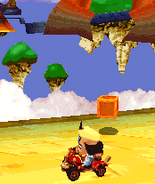 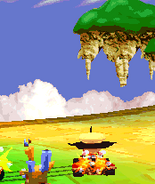 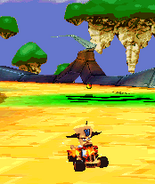