The Pits is the fourth level of the first warp room in Crash Bandicoot 2: Cortex Strikes Back and the N. Sane Trilogy remake of the second game. A jungle level which takes place at sunset, and omitting the rain and clouds from the first level, this level introduces a new type of turtle, armed with a dangerous buzz-saw on its back. It is the first level in the game to feature a split path. The crystal is on the left path, but in order to break all the crates and get the gem, the player is required to explore both paths.

Like most jungle levels in the Crash Bandicoot series, outside of the path, the vegetation grows heartily and thick with all sorts of trees, ferns, vines, and mushrooms. This natural wall of greenery prevents the player from exiting the dirt path that leads from one warp room platform to another. The jungle featured in The Pits, Turtle Woods, and the Intro level is home to a variety of brightly colored birds, dragonflies, turtles and armadillos. The style of the ancient temple ruins in this level portrays an image of the sun quite often, leading to the belief that the ancient inhabitants of the islands revered the sun as a god, like in many ancient cultures. The bonus round takes place in what seems together be a cliff side. It is a lush area, where a waterfall runs and a thick layer of grass exists on the juts on rocky walls. 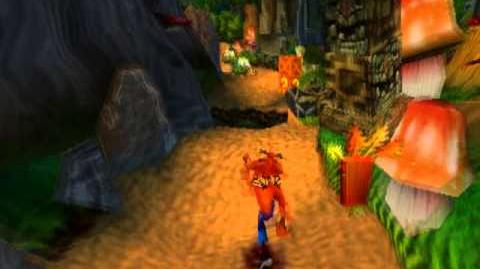 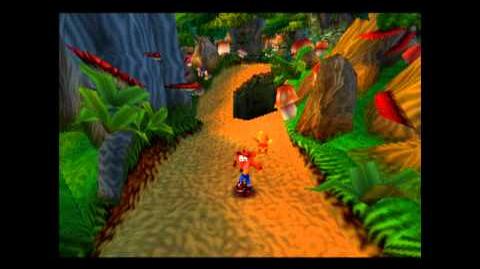 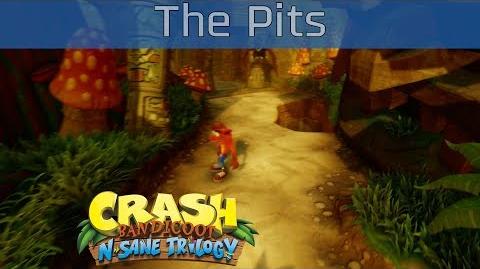 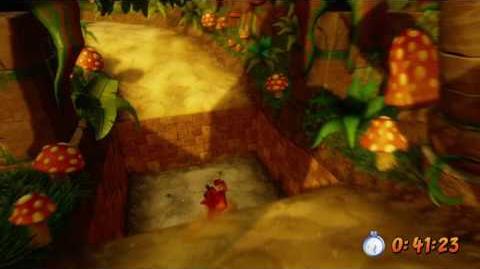