The Lost City is the twelfth level in the game (including boss fights) and the third level of the second island in Crash Bandicoot and the N. Sane Trilogy remake of the first game. It is the first ancient ruins type of level and includes enemies such as bats and iguanas that jump around, as well as moving walls that push the player into the water or into a hole. It serves as a prelude to the later stage, Sunset Vista. Clearing this level will reward the player with the green gem. It's also the first level of the game and the entire series to contain a colored gem.

﻿The only enemies in this level are "leaping lizards", iguanas, and bats. The bats, like in similar levels, move in groups from one hanging bat to another. The only way to prevent the bats from returning is to spin away the two hanging bats, in which case all bats travelling between them will turn into Wumpa Fruit.

The Iguanas walk back and fourth constantly, and hurt crash if he gets to close. They can be defeated by jumping on top of them or landing on them while spinning.

The green "leaping lizards" hop from spot to spot, overall consisting of three separate areas to land on. The red "leaping lizards" will track Crash and block his path. These lizards can be defeated by being jumped on or by spinning in mid-air. If spun on the ground, they will knock Crash back.

When the three Brio icons are collected in the level, Crash is magically transported to a mine, deep below the surface, where they encounter a very challenging Brio bonus round. This bonus level focuses on the player's ability to keep their cool when working under the pressure of a TNT countdown. Overall, if the player is good with handling TNTs, the bonus level can be very simple and easily manageable.

This is the prototype password corresponding to this level:

The Lost City seems to be in a humid, swampy area of the island, hence the stones being covered and moss and the attraction of reptilian/amphibious life. The ruins may not even be abandoned at all, due to the fire still being lit and the continuous operation of the traps and obstacles throughout the level, which gives an eerie feel to the level, along with the haunting music accompanying the creepiness of the level.﻿ 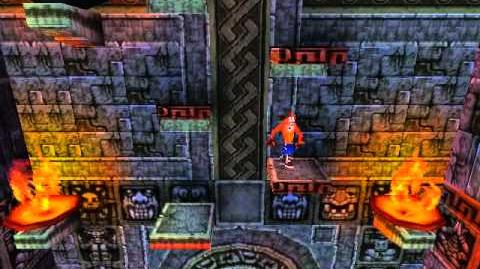 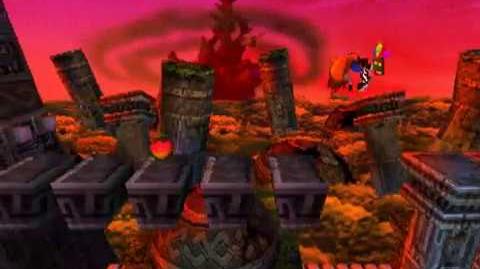 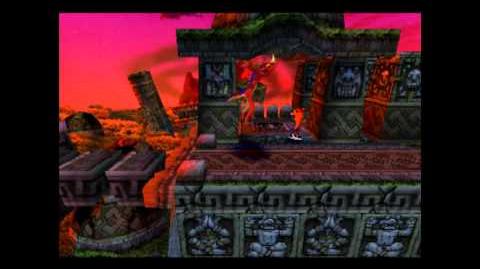 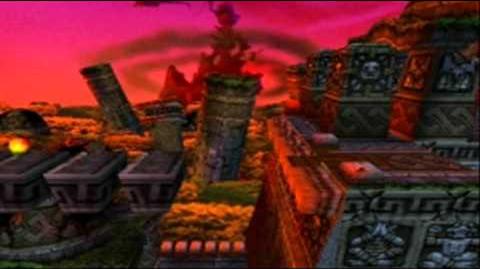 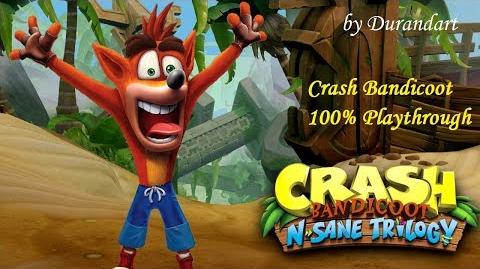 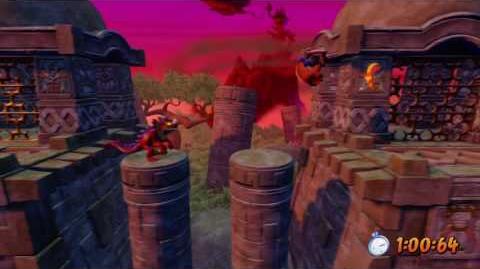 Crash On The Run - Red Challenge Gem - The Lost City (Path) - Get To The End!

The end of the level 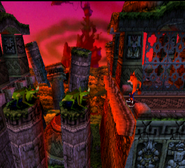