Hold jump to bounce higher off of flipped turtles.

The High Road is the twenty-third level (including boss fights), is the second and last bridge type of level and is the sixth level of the third island in the original Crash Bandicoot and the N. Sane Trilogy remake of the first game. This level is like Road to Nowhere, but with more complex jumps. It has slippery platforms and platforms that break. There are many turtles which can be knocked over so Crash can bounce further.

There is a secret area behind the entrance to the level, in which Crash can move and jump and bridge platforms will appear in certain spots. This leads to some crates. A Wumpa Fruit hanging over the edge is the hint that there is a path there.

This level is noticeably harder in the N. Sane Trilogy than the original version, due to the different controls. Vicarious Visions commented on this, admitting that the level was not meant to be so difficult, and not adjusting the level to the new controls was a mistake. 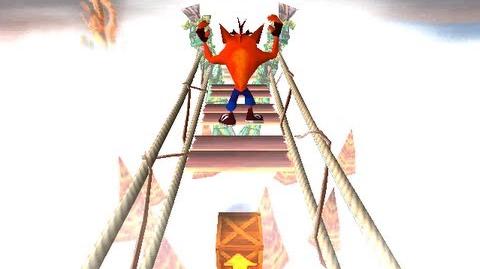 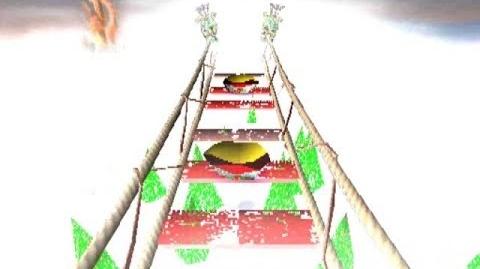 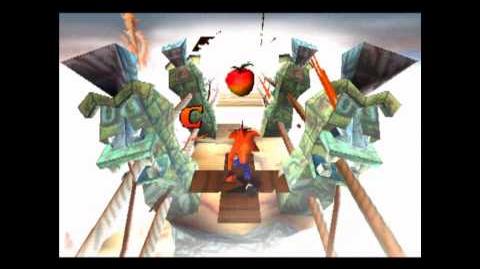 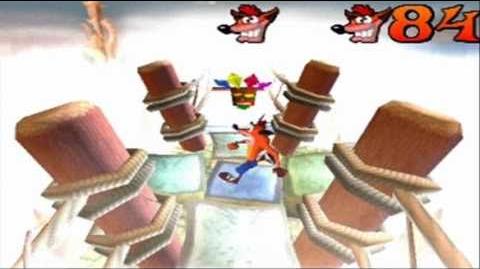 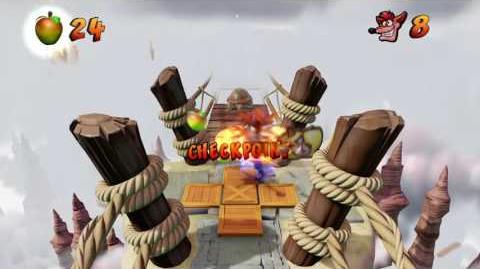 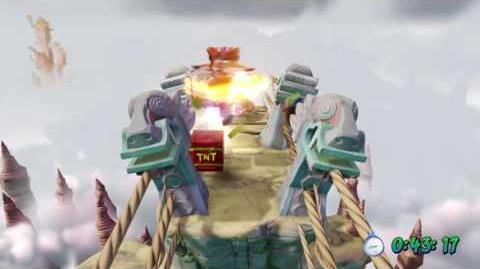 The secret area behind the start of level.

The end of the secret area behind the start of the level.