The Great Hall is the thirtieth level (thirty-first if Stormy Ascent is included) and the thirteenth level of the third island in the original Crash Bandicoot and the N. Sane Trilogy remake of the first game. At first glance, it is not much of a level, with the exit accessible immediately upon entering the level. Its secret is revealed once the player has obtained every clear gem in the game, however, as they form a pathway to a secluded balcony. By clearing the hall and reaching the balcony, the player will see Tawna sitting on a bird waiting for Crash. Then the two bandicoots will ride the bird and fly out of Cortex Castle. Then the alternate ending begins by showing epilogues for the bosses, depicting what happened to them after the events of the first game. Then the credits roll as we still see Crash and Tawna flying away on the bird. 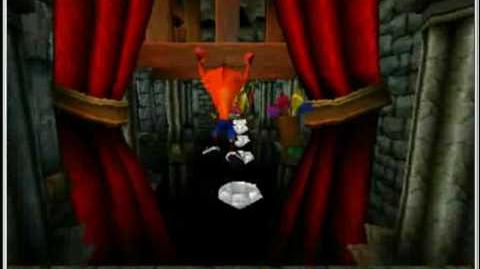 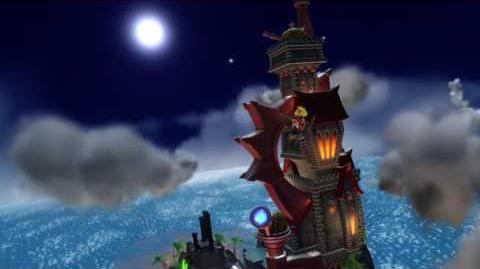