A special gem hides behind something fake.

The Eel Deal is the tenth level and is the last level of the second warp room in Crash Bandicoot 2: Cortex Strikes Back and the Crash Bandicoot N. Sane Trilogy remake of the second game. It is the first sewer level in the game, introducing Crash to a series of new obstacles including spinning fan blades, rolling barrels of toxic waste, mutant rats, scrubbers and electric eels that will shock Crash if he steps into the water at the wrong time.

Crash will encounter two forks in this level's path. At the first, the right fork seems to lead to a useless dead-end room, filled with nitro crates. Clever players, however, will see this field of greenness and take the hint, as they can walk straight through the back wall to a secret path that takes them to the green gem. They will still need to return to the fork and take the left path to continue in the level. At the second fork in the road, the right path leads to the end of the level, but players will have to take a brief detour to the left to find one of the few almost slightly hidden crystals in the game. 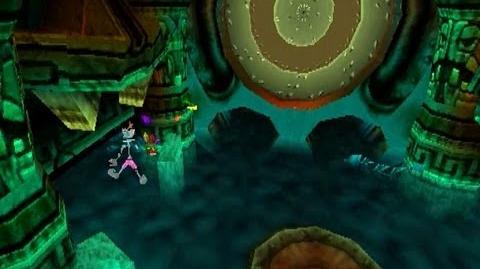 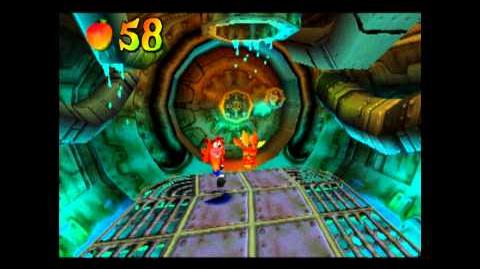 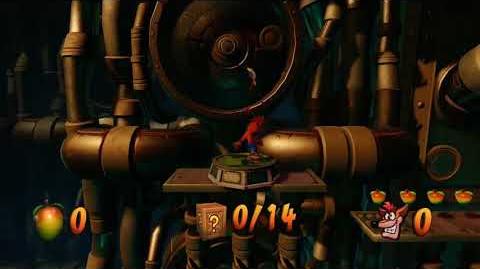 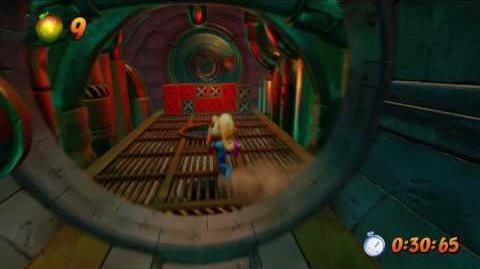 View of the level