Temple of Boom is the third level of the first warp room in Crash Bandicoot: The Huge Adventure for the Game Boy Advance. It is a jungle-themed level. Crash needs the red gem to get the second clear gem here. However, since the red gem path doesn't contain any crates, it is not needed to obtain the box gem. This is one of four levels in the game that doesn't contain any nitro crates, the others being Jungle Jam, Shipwrecked, and Sunken City. 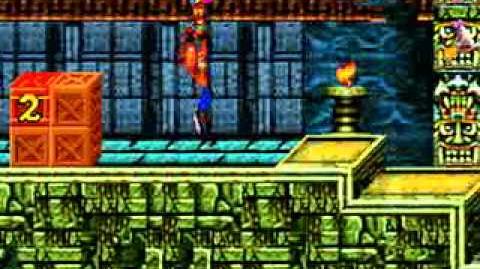