Hope you aren't afraid by dark temples! The whole level is a giant death trap, don't fall and go to Road to Nowhere.
- Level description

Temple Ruins (こだいの しんでん lit. Ancient Temple in Japanese) is the thirteenth level (including boss fights) and is the fourth level of the second island in the first Crash Bandicoot game and the N. Sane Trilogy remaster of the first game. This is the first dark temple-type of level, with many tricky deathtraps, as well as snakes, spiders and bats trying to stop Crash Bandicoot in this level. There is a hidden area in the middle of the level, where there is a wumpa hanging in mid-air to the left of a platform.  When Crash travels to the left, iron crates and basic crates appear beneath him, leading to a platform with more crates.

The Tawna bonus round in the previous level, The Lost City, saves at this level. 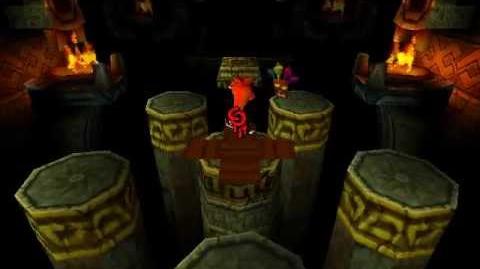 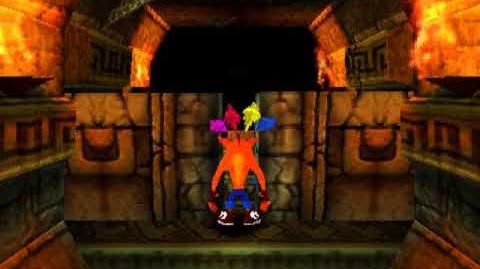 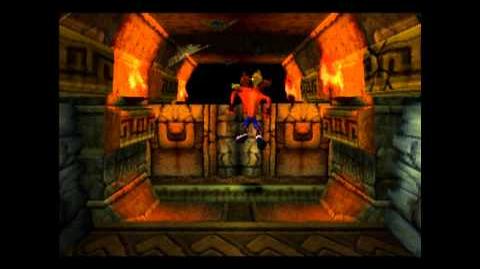 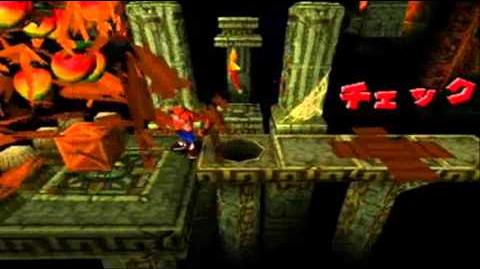 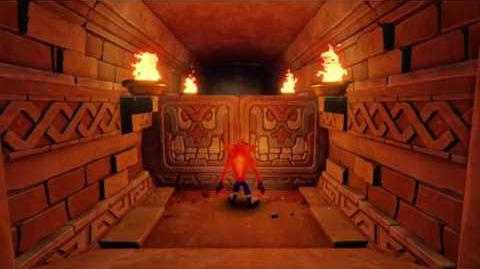 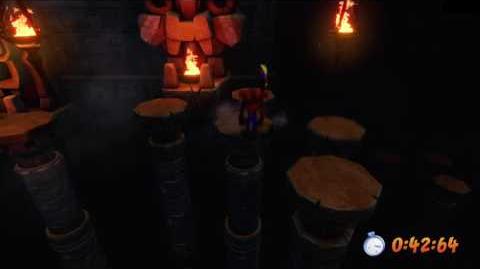 This corresponds to a prototype save file at this level: