Lost? Follow the yellow arrow at the top of the screen.

Tell No Tales is the eighteenth level and is the third level of the fourth warp room in Crash Bandicoot: Warped and its remake in the Crash Bandicoot N. Sane Trilogy.

This level once again features Coco cruising the water on her nifty high-tech jet ski, avoiding pirate lab assistants and bombs as she searches for the crystal.

A demo of Warped featuring this level can be accessed in Spyro the Dragon by using the input Triangle + L1 on the game's title screen. This version features four major differences from the one in the final version: 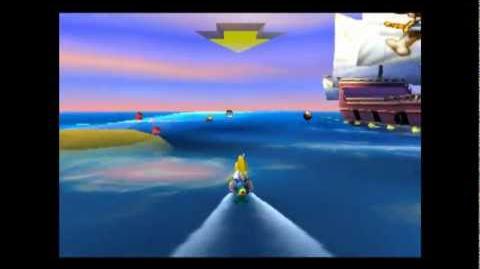 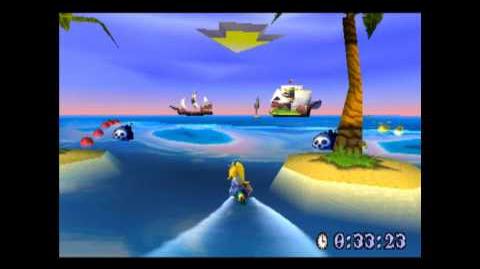 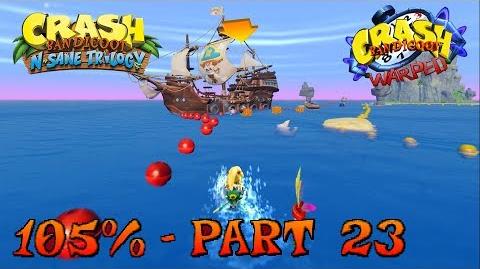