Swamp Fox is the twenty-sixth level in Crash Bash and is the fourth stage of the fifth warp room. It is the fourth and final Tank Wars arena and it can be unlocked by obtaining 23 crystals. Here, the characters use rotor boats instead of tanks. They can release a max of three mines that do strong damage to opponents. Unlike the other tank levels, the rotor boats can only fire in the direction a player is facing, they can also use shields, there is no wumpa fruit, and players move around freely in the entire arena. 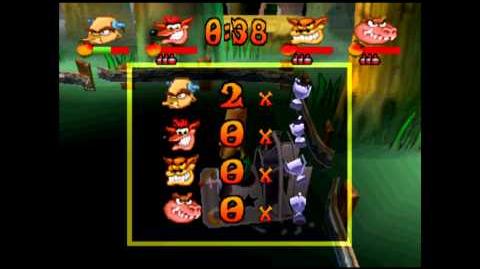 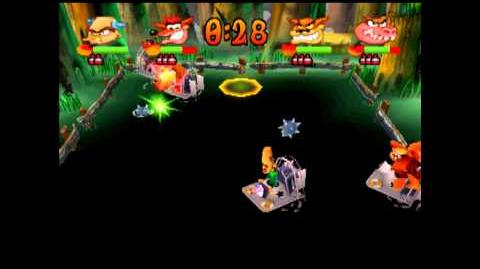 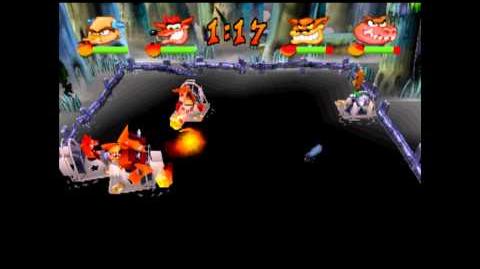 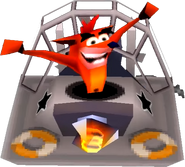