Koala Kong (Lights Out in NTSC-J)

Sunset Vista is the sixteenth level (fifteenth in prototype versions), including boss fights, in Crash Bandicoot and the N. Sane Trilogy remake of the first game and is the final non-boss level on the middle island (In the retail version). This level shares a theme similar to The Lost City and is the last level with the same kind of design, but this time, it is accompanied with more obstacles and tricky jumps. This level features the first of two Cortex bonus rounds in the game, where the player can collect a key to unlock the secret level, Whole Hog.

Sunset Vista takes place at the site of ancient ruins like in The Lost City. Sunset Vista is filled with many traps and obstacles that often require Crash to time his jumps. Some of the obstacles include flaming platforms and blocks that try and push Crash off the path. In addition, the level is also filled with bats and lizards that are often a part of a puzzle in different areas of the level. Crash must traverse up three levels of this level before reaching his portal. On the upper floor of this level, Crash can collect three Cortex tokens to unlock a rare Cortex bonus round. 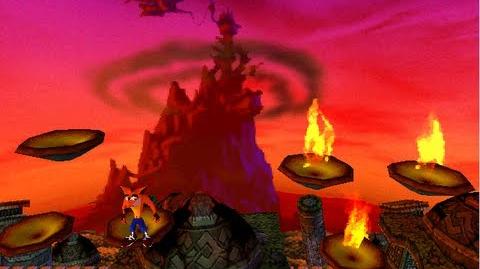 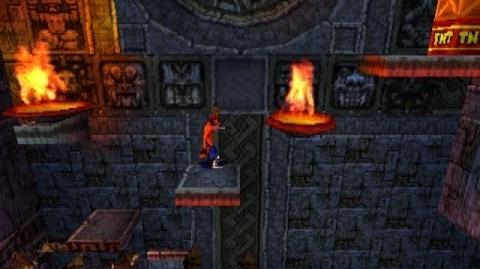 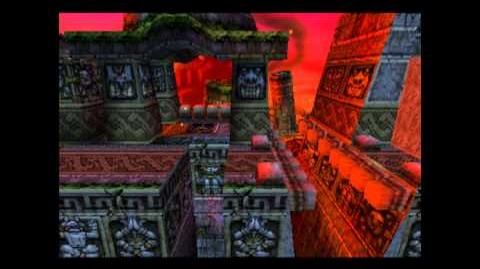 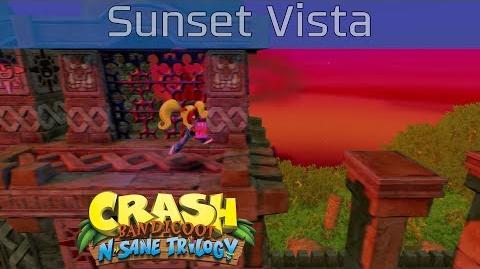 The end of the level