Bandipedia
Register
Don't have an account?
Sign In
Advertisement
in: Crash Bandicoot: The Huge Adventure, Levels, Levels with Colored Gems,
and 2 more

As the name suggests, it takes place in a sunken city as shown by the fallen pillars. The green gem is located here. How to get it was inspired by Deep Trouble from Crash Bandicoot: Warped, except for the fact that the game left out everything that made the gem hard to get.

This is one of four levels in the game that doesn't contain any nitro crates, the others being the first three levels of the game: Jungle Jam, Shipwrecked, and Temple of Boom.

Getting the Green Gem 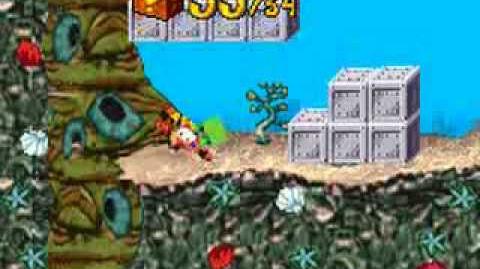