Good luck! (You're gonna need it.)

Fumbling in the Dark (prototype)
The Lab (N. Sane Trilogy)

Stormy Ascent is a cut level from the original Crash Bandicoot and a downloadable level in the N. Sane Trilogy, where it becomes the thirtieth level (including boss fights) in the game. The level is similar in vein to Slippery Climb, consisting of fast retracting steps, vertically and horizontally-moving vultures, vial-throwing Lab Assistants, many iron spikes, and moving platforms in complex patterns.

Stormy Ascent is not accessible through normal means in the original game, but it can be played by using a GameShark code. Naughty Dog removed this level due to its extreme difficulty as it is essentially a harder version of its counterpart Slippery Climb (which is already considered one of the hardest levels in the game), and also due to the numerous bugs that Naughty Dog could not fix before the final game was shipped. It is also the last level of the Crash Bandicoot prototype. Collecting Cortex tokens in this level increases the frequency of split-second freezing; collecting the three tokens causes the game to crash in the retail versions of the game because no Cortex bonus round corresponds to Stormy Ascent, and the game does not assume a default bonus round (unlike in the prototype). The clear gem in this level does not count towards completion, nor total gem count.

In response to a question that was asked on a blog article, some Naughty Dog members explained their thoughts about this level being cut. Andy Gavin said, "Stormy Ascent was just cut because it was too long and too hard and we ran out of time. I wish we had put it in as some kind of easter egg, as it was an awesome level, one of my favorite in the game. Long, a bit brutal, but it looked great, and had a real rhythm to it." Jason Rubin said, "There was never anything sadder than dropping a level that close to completion. The work that went into making a level like that is incredible. To see it on the cutting room floor was always a tragedy."

Stormy Ascent was eventually added to N. Sane Trilogy as DLC for the remade version of Crash Bandicoot in July 2017, available for free during 1 month and afterwards having a cost of US$3.99 (or €2.99). The original game designer of the level and former Naughty Dog employee Taylor Kurosaki commented how at the time he was still learning about difficulty curves and hence why the level ultimately had to be cut. When Vicarious Visions was tasked to remake the trilogy, they challenged one of their best Crash players in the development team to play the original Stormy Ascent as part of their work to remake the level. The level contains a new bonus round that can be accessed by collecting 3 Brio Tokens instead of Cortex tokens like in the original. Completing Stormy Ascent and obtaining its clear gem increases the maximum percentage to 105% and raises the gem and relic counter to 27/26. 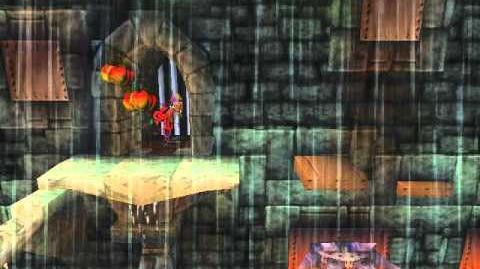 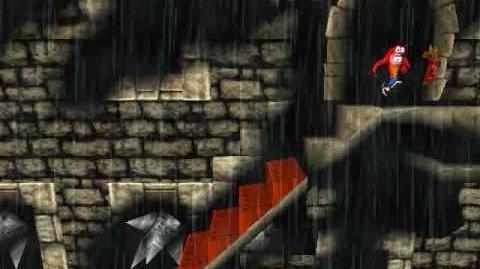 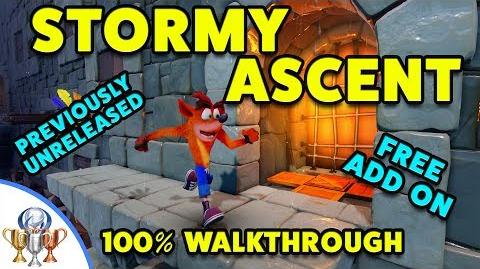 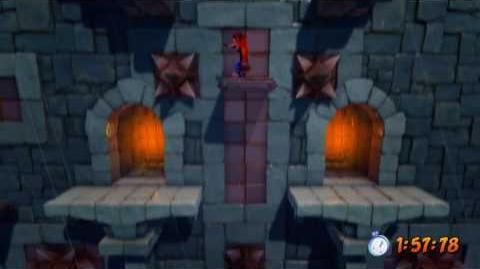 The first Cortex Token is inside the ? crate.

The second Cortex Token is inside the bottom ? crate.

The last Cortex Token is inside the ? crate, near the exit.

Small Look of Stormy Ascent in the N.Sane Trilogy.