Splash Dash is the twenty-third level in Crash Bash and the first stage in the fifth warp room. It can be unlocked by obtaining 17 gold relics. In Battle and Tournament modes, it is the fourth Crash Dash arena, but in Adventure Mode, it is the third Crash Dash arena. Here, players use sea creatures to race, as it takes place underwater. Crash and Coco ride a pink dolphin; Cortex and N. Brio ride a robot fish; Tiny and Kong ride a killer whale; and Dingodile and Rilla Roo ride a blue swordfish. As in other Crash Dash arenas, the first to complete ten laps wins. At the center of arena, rods push out and turn. The player can press

to jump the rods. This is the only Crash Dash arena where it is possible to jump. 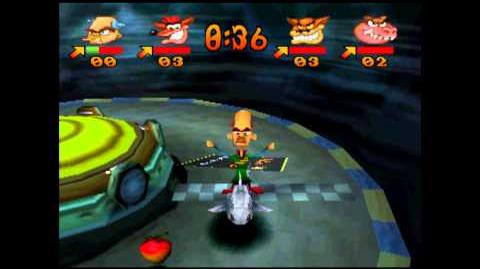 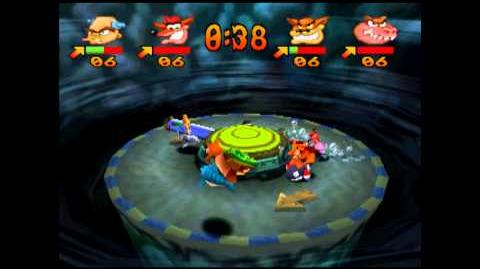 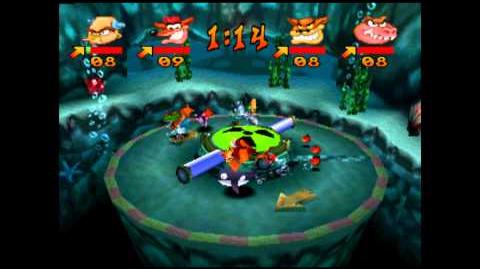