Neo Cortex
For the level in Crash Bandicoot 2: N-Tranced of the same name, see Spaced Out (N-Tranced).

Spaced Out is the twenty-fifth level and is the final level of the fifth warp room in Crash Bandicoot 2: Cortex Strikes Back, as well as its remake in the N. Sane Trilogy. It is the final non-hidden level in the game, and thus the final level to contain a crystal. It mostly consists of familiar obstacles already seen in Piston It Away, though it introduces new floating platforms with dangerous glowing hot sides, though the tops are safe to stand on. Perhaps the most notable feature of this level is the multicolor gem path, a secret route that requires the player to have all five colored gems to complete. Each gem's path seems to have a specific theme - the blue gem's path focuses on platforming, involving pistons and floating sparky tentaclebot units, the green gem's path on shrinkage rays, the yellow gem's path on the glowing hot discs, the red gem's path on a combination of shrinkage rays and shield-wielding lab assistants, and the purple gem's path on a straightforward walk to the hidden clear gem and the exit. The main path of the level is similarly filled with tricky (though less difficult) platforming sections. The multicolor gem path is also filled with lives. 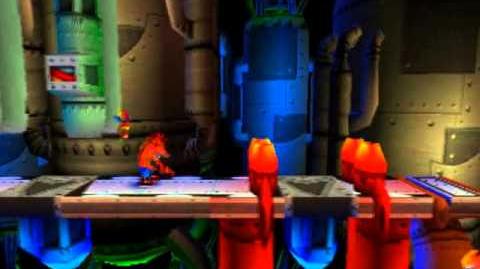 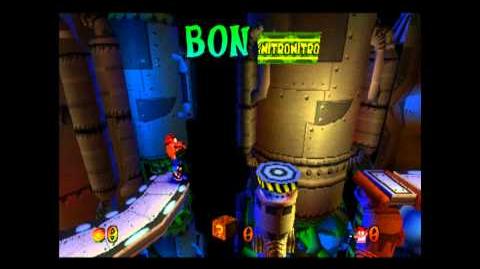 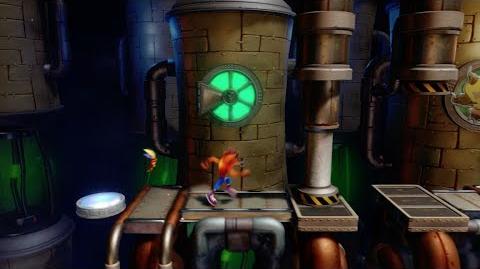 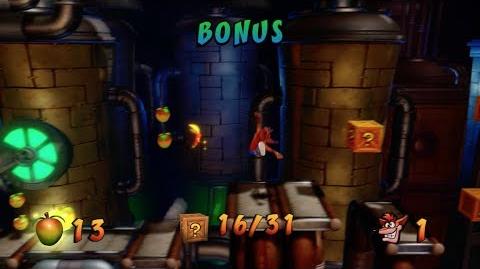 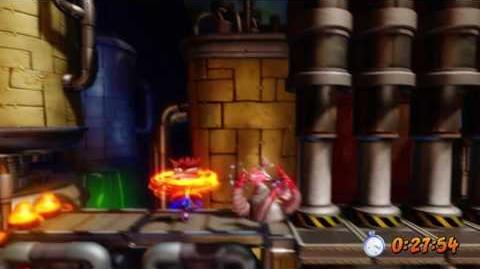