Space Bash is the eighth level, the second Crate Crush arena and the fourth stage of the second warp room in the game. The objective is similar to Jungle Bash, except the floor's tiles disappear whenever a nitro crate or TNT crate explodes. Items such as Aku Aku masks, weights, and Zs appear in this level. Players and opponents are automatically eliminated when they fall into the holes where the floors once were.

In adventure mode, players must win three times in order to win a trophy. In the gem challenge, players have one round to eliminate their opponents in forty seconds (for two players, it is thirty seconds). In the crystal challenge, players have one round to win without picking up crates. Also, all of the crates are explosive, and it is possible to destroy the entire arena within the time limit. 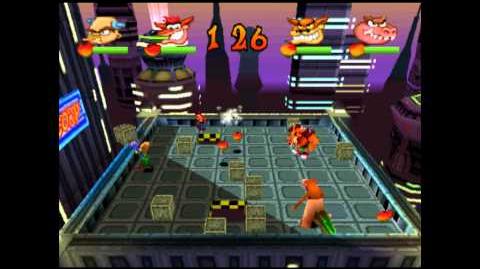 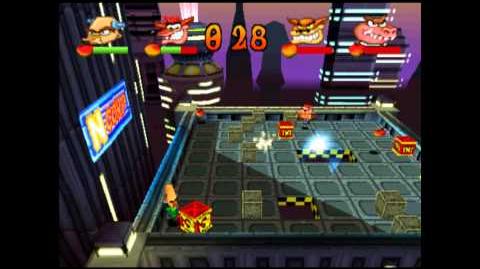 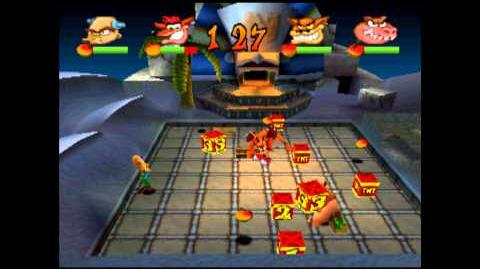