Force of Nature
Solar Bowler is the twenty-ninth level and is the fourth level of the sixth warp room in Crash Bandicoot: The Wrath of Cortex. This is the final level in the game where Crash is the playable character. Twenty relics are needed to unlock it. It is also the last atlasphere-themed level and takes place in outer space. There are some platforms which tilt as Crash rolls across them which can knock him off the edge. 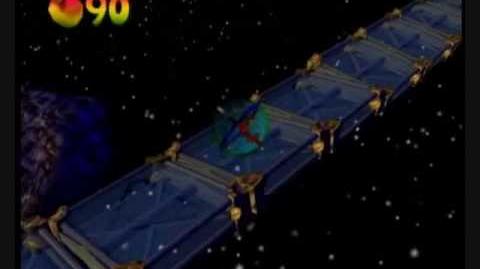 Map of the whole level