Unlock a new path by earning the red gem elsewhere.

Snow Biz is the sixth level and the first level of the second warp room in Crash Bandicoot 2: Cortex Strikes Back and the Crash Bandicoot N. Sane Trilogy remake of the second game. It is the second snow/ice level in the game. Getting this stage's clear gem will require the red gem from the first snow/ice level, Snow Go, as nearly half of the crates here are found on the red gem route. The final section of this level introduces rolling stone wheel obstacles for Crash to avoid, just like in Jungle Rollers and Rolling Stones from the first Crash game. 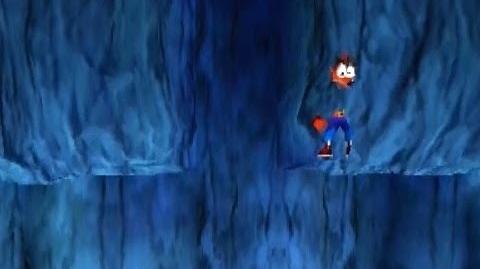 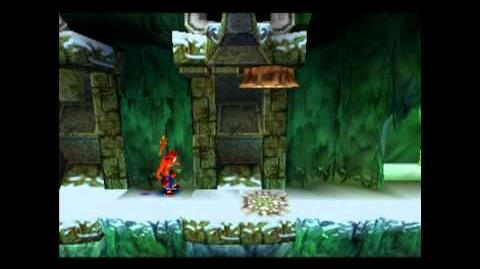 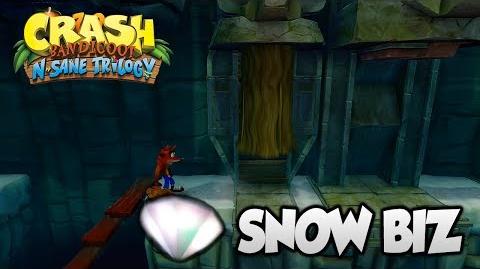 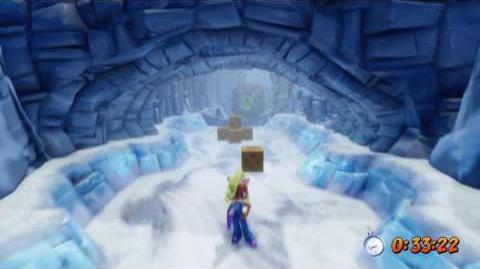 These penguins are sliding away, right towards Crash.