Snow Bash (ペンギン はこスロー lit. Penguin Box-throw in Japanese) is the thirteenth stage in Crash Bash, the fourth level in the third warp room and the third Crate Crush arena. Here, a penguin makes an appearance, sleeping in the center. If he is disturbed in any way, he will wake up and spin attack from the center, sending all crates flying. 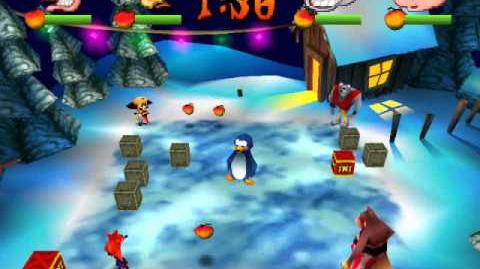 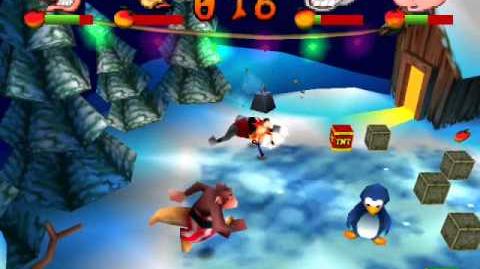 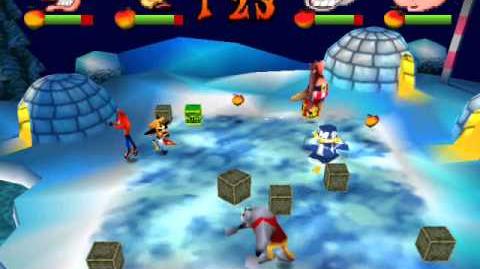