Lights Out (Koala Kong in NTSC-J)

Slippery Climb is the twenty-fourth level (including boss fights) and is the seventh level of the third island in Crash Bandicoot and the N. Sane Trilogy remake of the first game. In this level, Crash must traverse the outside of Cortex Castle while avoiding a gauntlet of traps and tricky jumps. There is only one checkpoint crate in the whole level, or two if the player enters the N. Brio bonus round. It is the only castle exterior type of level in the game. The Tawna bonus round in the previous level, The High Road, saves at this level.

Slippery Climb takes place during a stormy night on the exterior of Cortex Castle. Crash must reach the top of the castle by jumping through a series of moving platforms and elevators. The majority of this level requires the player to performed time jumps in order to reach other platforms. There are also times where a vulture must be jumped on to reach other platforms. Some of the enemies that Crash will meet include lab assistants that will throw beakers at him and evil hands that will try to swipe at him. Crash will be able to collect tokens for a Brio bonus round. The red gem can be obtained from this level if the player successfully breaks all of the crates without dying. 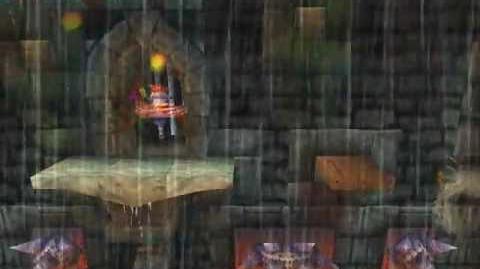 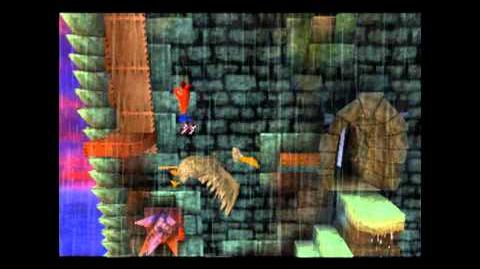 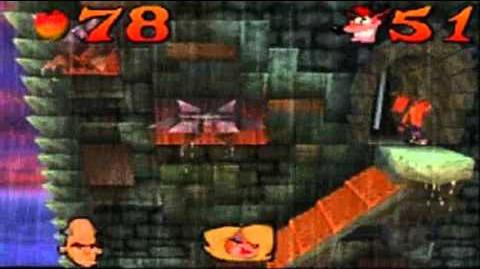 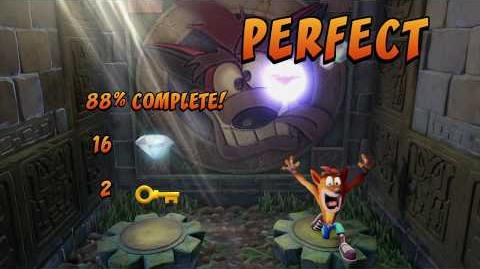 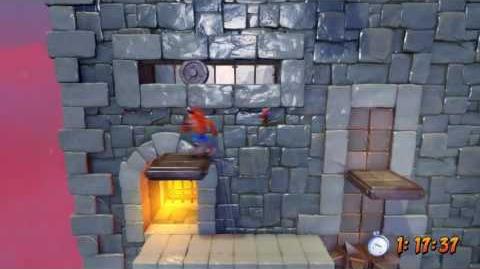