Slip-N-Slidin' Sphinx is the sixteenth level in the game and the last stage in the third warp room. It is also the third Egyptian-themed level and it features water that rises up and down like Tomb Wader from Crash Bandicoot: Warped.

Just like the name of the level. The player has to slide in the entire level to pass through the enemies and have a path that supposed to be used the Rocket Jump ability that just like Sphynxinator in the blue gem path, the player have to slide in the slippery pitch. 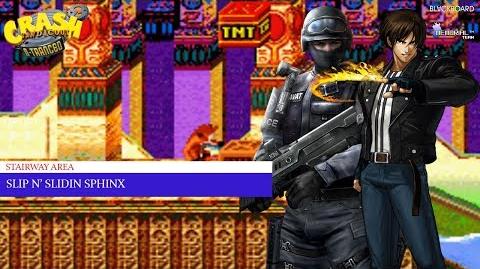 Expansion required
This article is too short to provide more than rudimentary information about the subject. You can help the Crash Bandicoot Wiki by expanding it.
Crash Bandicoot 2: N-Tranced
Português
Community content is available under CC-BY-SA unless otherwise noted.
Advertisement