Slide Coliseum is the seventeenth and first extra race course in Crash Team Racing and Crash Team Racing Nitro-Fueled. It is located in Gem Stone Valley, near the passage to N. Sanity Beach, next to Turbo Track. It's a bonus track unlocked by earning ten relics of any color. It only has a relic race available in adventure mode. It's also the only race track in the game with no turbo pads at all.

Note: If playing against Oxide's ghost during time trial mode, the ghost will use the terrain near certain spare tire sections as ramps. This is only easily utilized if the player begins and maintains boosted speed. 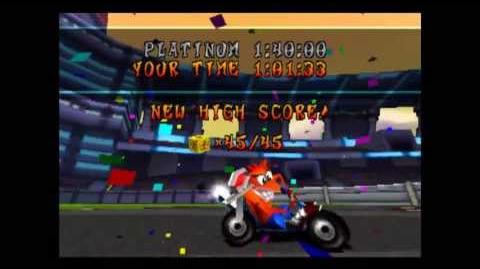