Sky Balls is the sixteenth level in Crash Bash, the first stage of the fourth warp room and the fourth and final Ballistix arena. The platform that players are hovering on sometimes tilts towards a certain one making the balls roll towards their goal. All players start with 20 points. 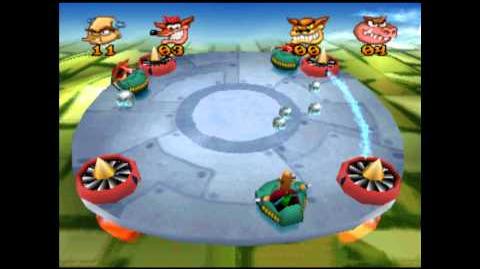 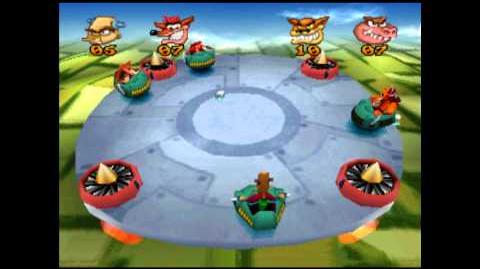 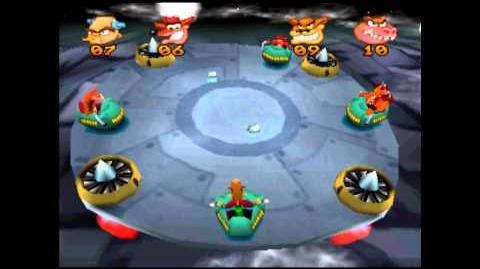