Hold forward during a jump to dive deep.

Ski Crazed is the twenty-sixth level and is the first level of the secret warp room in Crash Bandicoot: Warped and its remake in the N. Sane Trilogy.

Coco needs to make her way through another pirate themed level, this time taking place at sunset and near an active volcano. This level features boxes underwater, requiring her to dive underwater after a jump by holding forward in order to break them. 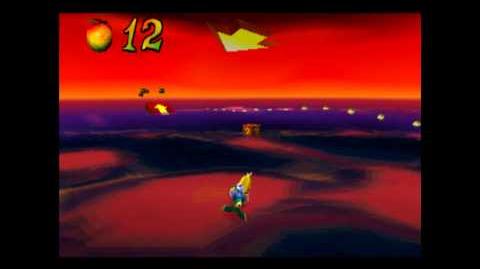 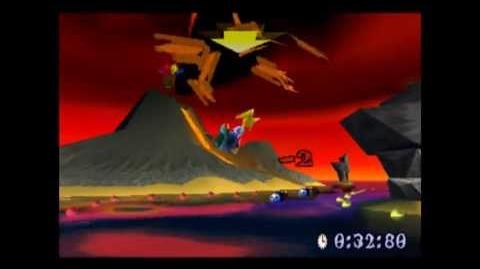 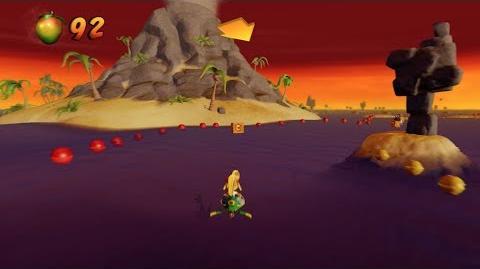 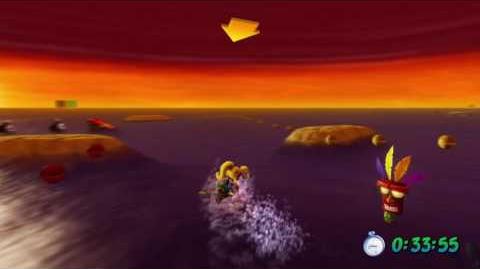