Shark Attack is the ninth level in the game and the fourth stage in the second warp room in Crash Bandicoot: The Huge Adventure. It is the second underwater-themed level and is the first to introduce jellyfish which move together in lines. They are found guarding the nitro switch. 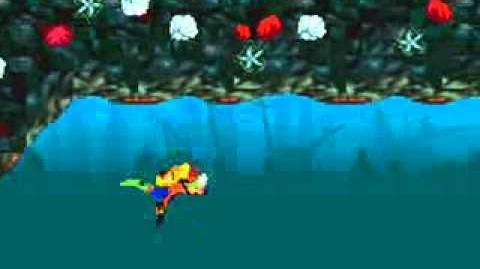