Unlock a new path by earning the yellow gem elsewhere.

Sewer or Later is the twelfth level and is the second level of the third warp room in Crash Bandicoot 2: Cortex Strikes Back and the Crash Bandicoot N. Sane Trilogy remake of the second game. In this level, taking place later than The Eel Deal, Crash explores Cortex Island's sewer again. This stage introduces triple-bladed fans that spin too fast for Crash to slip through unharmed. The player must take out the blades first by spinning the scrubbers into them.

If the player has obtained the yellow gem from the previous level, Plant Food, they can access the level's secret yellow gem path, which is a sinister series of challenging jumps simplified only by the fact that the only necessary item on the said route, a clear gem, is located early on so there is no reason to traverse the whole path and the players can just kill themselves after getting it. A split path later on in the main portion of the level awkwardly requires the player to take the right path just long enough to reach the ! crate, then backtrack to the left path to break the crates it created (and collect the crystal), then backtrack again to take the right path again to finish off the level.

When the player arrive at the yellow gem platform, the yellow gem path starts by jumping onto 7 iron arrow crates, gets the hidden clear gem, defeat the scrubbers and lab assistants in the way to jump onto the 5 platforms and then exit to a wall of crates. 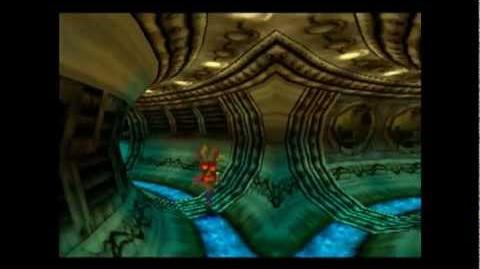 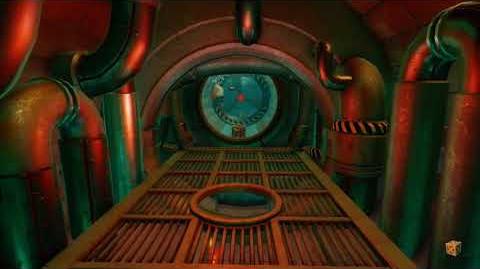 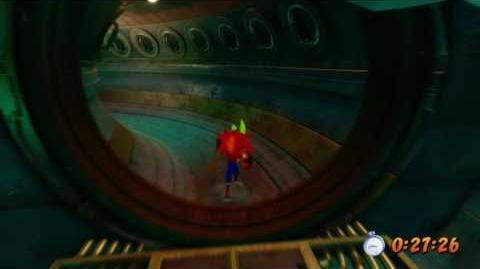 In the bonus stage