Accelerate just before the green light for a boost!

Road Crash is the fourteenth level and is the fourth level of the third warp room in Crash Bandicoot: Warped and its remake in the N. Sane Trilogy.

This level once again sees Crash Bandicoot racing on a motorbike across 1950s-era highway somewhere in the glamorous Southwest America, late at night. Crash must win the race in order to get the level's crystal. The hazards on this level have increased to unavoidable holes unless you take the ramps alongside stationary police cars that will get in your way. This track is complete circuit, if you miss crates at the beginning of the level they can be seen at the end. The racers will also continue racing around again so they can lap you if you take too long.

The secret level Hot Coco is accessible from this level. Just after the first set of roadworks, an alien sign can be seen on the left; knocking it over will warp Crash to Hot Coco. The N. Sane Trilogy version of this level adds a hint towards this secret exit: as Crash is about to pass by the sign, a bird will fly by and smack into it with an audible cartoony "splat" sound, alerting the player to the sign.

In the N. Sane Trilogy, all motorcycle levels are exclusive to Crash meaning that Coco cannot enter this level. 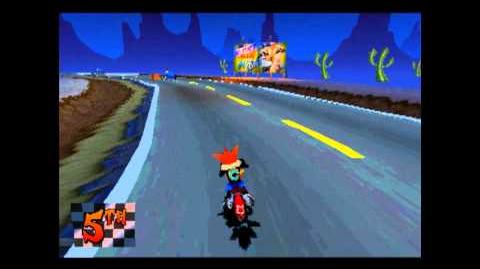 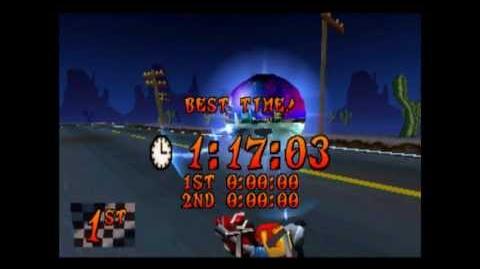 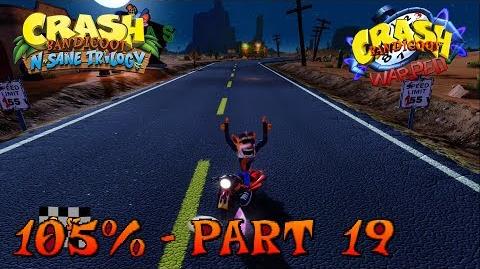