The boss fight against Ripper Roo is held at the top of the waterfall on Wumpa Island and is the second boss fight. It is the eleventh level in the game (including boss fights). In addition, it is the first boss fight on the second island and is the only level to take place at a waterfall. It starts with Ripper Roo bouncing towards the camera then it goes down to nine squares that are on water. Ripper Roo has three hit points. Crash then appears on the bottom square and Ripper Roo starts bouncing onto the middle, lower-left and lower-right squares. Big TNT crates start falling from the waterfall and Crash needs to get the TNT crates to blow up when Ripper Roo's near them. Once he's blown up he laughs madly turning him red and he'll start bouncing onto the right, middle, left and bottom squares. After he is hit a second time, he'll bounce onto the top, right, bottom and left squares then after blown laughing up he lands on the bottom square and collapses. A good strategy in the boss fight is to jump onto the sides of the area and jump out to activate the TNT crates. The Tawna bonus round in the previous level, Up the Creek, saves at this stage.

The prototype version of this boss fight is very similar to the retail one, but Ripper Roo laughs slower and lower pitched, and ? Crates randomly fall on one of the 9 platforms (and break themselves after a while). Also, if Crash stands still for a few seconds, he will be blown up by a TNT crate. The boss fight is also held at the top of the first island instead of being the second level in the second island. 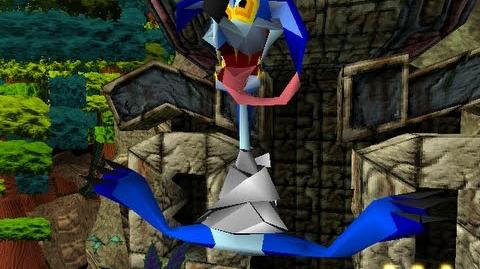 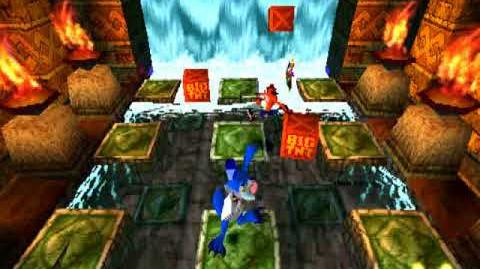 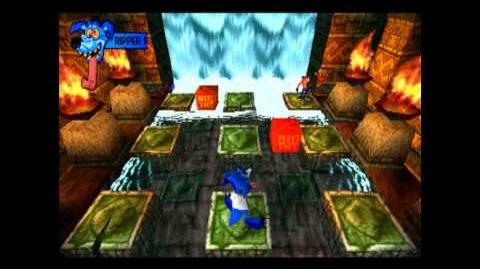 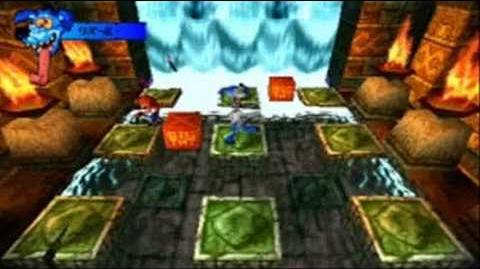 He shouldn't play with Nitro Boxes. Neither should you.

In Cortex Strikes Back, Ripper Roo, now called "Dr. Roo", is the first boss in the game. Once again, he has 3 hit points. The setting is in the same waterfall from Crash 1, except Ripper Roo has settled in it. In the beginning Ripper Roo (who's wearing a top hat, has blonde hair with a mustache, glasses and a cane) sitting on his desk seems to be reading a book. He hears Crash arrive then knocks his books off his desk, and he jumps off, grabbing a cane. Every time he bounces he lays TNT tiles which start from six. Ripper Roo lays down fourteen TNTs, but the first one explodes, and the rest follow, blowing Ripper Roo up. He then goes back to his former-self, laughing madly and losing his top hat and cane. This time he lays fourteen nitro tiles, then proceeds to jump on the last one, which explodes. Ripper Roo is then knocked out. Crash can spin Ripper Roo now. Repeat this two more times and Ripper Roo falls softly onto the ground unconscious. Crash can now go to the next Warp Room.

Ripper Roo is the first boss in the game. You are able to face him once you get four trophies. Ripper Roo will greet you by saying "You crazy enough to race me? I'll show you wild driving! Last one to cross the finish line is a rotten brain!" He is raced on his home track, Roo's Tubes. He will lay an infinite amount of TNT crates on the track to hinder your progress. After defeating him, Ripper Roo will say "You're crazier than me! Have a key. Good luck! You'll need it!", awarding the player with their first key of the game. 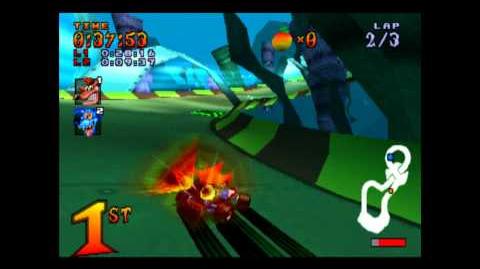 Ripper Roo's boss fights is the same as the original two games. 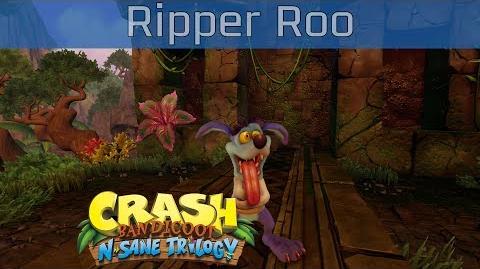 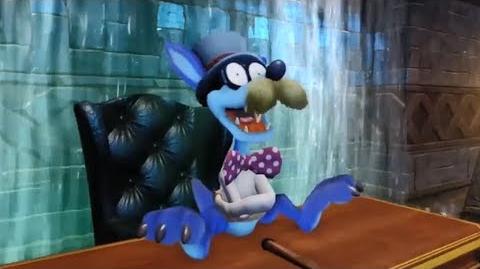 Ripper Roo's boss fight is the same as in the original Crash Team Racing.

Ripper Roo greets the player from above as he starts jumping around the top of the N. Sanity Beach cliffs before landing on top of a pile of explosives consisting of Bowling Bombs TNT crates, and dynamite, which explode, launching Roo into his kart next to the player. He then drives into the portal leading to his boss race. Upon defeating Ripper Roo, as Roo approaches the finish line, he is thrown out of his kart, admitting defeat to the player. Afterwards, he begins to choke and cough until he spits out a boss key and gives it to the player. 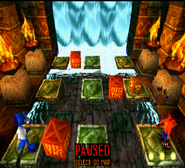 Boss fight in the prototype version. 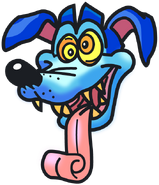 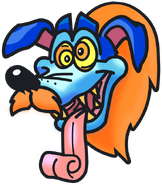 A Japanese strategy guide for the boss race.