Fly through each ring in order.

Rings of Power is the thirtieth level overall and the fifth level of the secret warp room in Crash Bandicoot: Warped and its remake in the N. Sane Trilogy.

To unlock this level, Crash will need twenty-five relics from the time trials located throughout the time twister. Crash must fly through a series of rings in order to gain a gem. If Crash can barrel roll his plane through the rings he will gain a large speed boost. The first gem of the level is earnt by winning the race and the second is earnt by breaking all of the level's crates.

In a later update applied to the N. Sane Trilogy, this level is no longer exclusive to Crash. Coco can also participate in this level using her biplane instead. 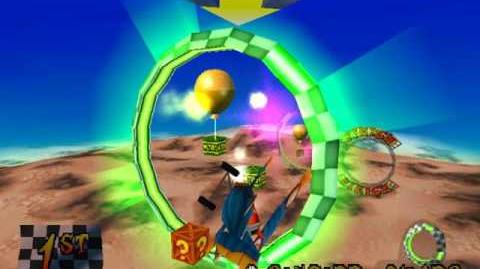 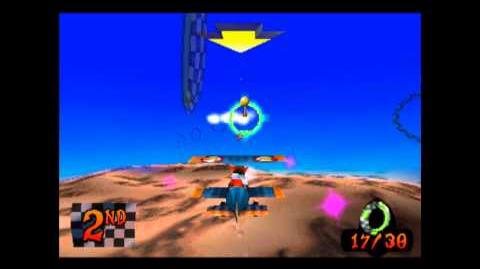 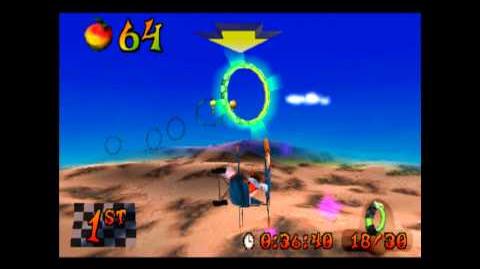 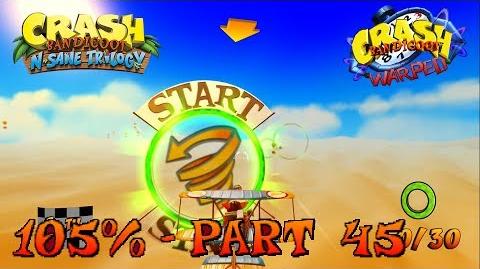 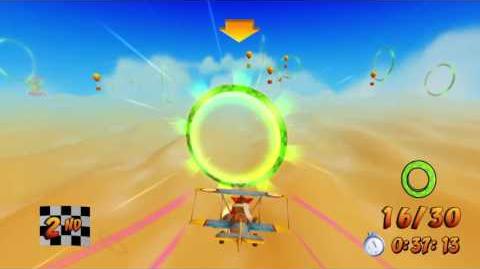 Rings of Power as Coco in N. Sane Trilogy