Ring Ding is the twenty-second level in Crash Bash, the seventh stage in the fourth warp room and the first Medieval Mayhem arena. In order to win, the players have to pop the most balloons. They move around on a rotating wooden cog against three other opponents. Depending on which way the cog rotates, players can walk with or against the force of the cog. They can open purple crates or pop the black balloon for an advantage in scoring. They can also use

to kick open crates or temporarily stun their opponents.

The following are the colors of the balloons associated to the four players: 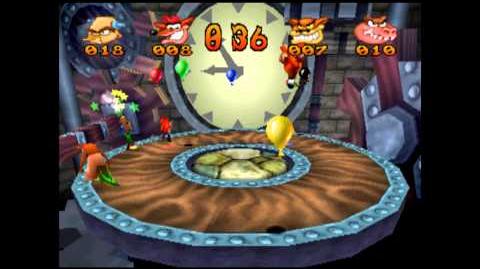 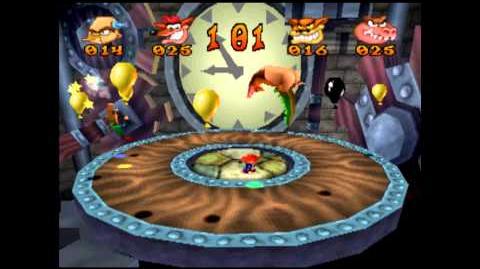 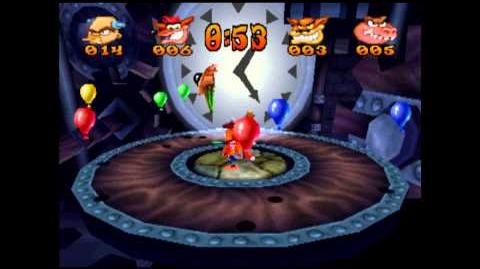