The red gem, also known as the Ruby, is a rare type of gem belonging to the colored gems in the Crash Bandicoot series. Like the other colored gems, the red gem is usually collected by completing a special task. Once it is recovered, the red gem will unlock special routes by activating a platform or platforms in certain levels, known as gem paths.

In the original game, the red gem is similar in shape to a clear gem; however, it is square-topped instead of octagonal-topped. It is a lighter shade of red than in the later games, and is sometimes called the "pink gem" as a result.

The red gem can be earned in Slippery Climb (or The Lost City in the Japanese release) by completing the level while breaking all the crates and without dying after the first checkpoint. Acquiring this gem unlocks gem paths on the levels Native Fortress and Road to Nowhere.

The red gem can be found on the second level, Snow Go. In order to acquire it, the player must find the secret warp exit in Air Crash which unlocks the hidden entrance to Snow Go, however the gem is visible from the normal level path to tease the player. This backfires, however, as the gem is actually (unintentionally) available to collect from the normal level path by sliding and bouncing from the nearby arrow crate, doing a glitch slide jump and belly-flopping under the gem, although this is slightly hard to pull off.

The red gem is required to obtain a clear gem in the levels Snow Biz and Spaced Out, the latter requiring all the other colored gems as well.

The red gem returns for the next game and can be found on the second underwater level, Deep Trouble. It is relatively difficult to acquire. Towards the end of the level, there is a split path, one that goes up and one that goes right. The right path is blocked off by a mix of iron crates and TNT crates, the latter not able to be triggered as they are blocked off by the iron crates. There is also a single outline crate at the upper left of the cluster. The player must head up to the end of the level, and trigger the ! crate. This changes the outline crate into a TNT crate. The player must then backtrack to the cluster and trigger the new TNT crate. When it explodes, the other TNTs will explode as well, the higher iron crates drop down and provides a pathway to a new section of the level. The red gem awaits at the end as well as an alternate exit to the level. There are regular crates here too so this path is required to get the normal gem for Deep Trouble.

The red gem is required to find the second clear gem in the level Bone Yard and is one of the five gems needed for the multicolor path in Bug Lite, in the same fashion as Spaced Out. The gems appear in the same order as they did in Spaced Out with the exception of the switch-around between the purple and red gems.

The five colored gems from the latter two games appear in Crash Team Racing, four of which also appear in the successor game, Crash Nitro Kart. There are five gem cups, one of each color, with the Red Gem Cup consisting of Crash Cove, Mystery Caves, Blizzard Bluff, and Papu's Pyramid, all of which are short races. The player must collect the four red CTR tokens to unlock the cup.

The player is awarded the red gem upon victory in the cup. This also unlocks Ripper Roo as a playable character.

The red gem returns again, alongside the other four, and is found in the twenty-first level, Crash and Burn, in the death route. There are some tricky jumps involving lava and fire, and the last jump is very difficult; it requires the player to slide to the edge, double jump, then tornado spin to the other end, where the red gem and the alternate level exit lies.

The red gem is required to fully complete Banzai Bonsai, where the red gem path is located.

In this game, the red gem is back with same appearance seen in Crash 2 and Crash 3. It is located in Star to Finish and unlocks a red gem path in Temple of Boom, which is necessary to get the second gem from that level.

In this game, it is back along with the blue and green gems. Its shards are located in the Egyptian levels. Acquiring the four shards unlocks Wild Nile Ride, which contains the red gem.

The red gem reappears in the Crash Bandicoot N. Sane Trilogy remasters of the first three games where it reprises the same role it had in the original versions of those games. However in Crash 2, it's placed higher up to avoid the player glitch jumping to grab it. It is customly drawn on the pause screen and looks the same throughout all three games. 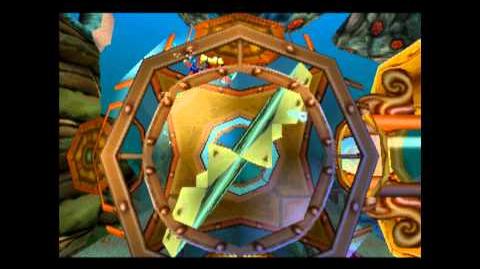 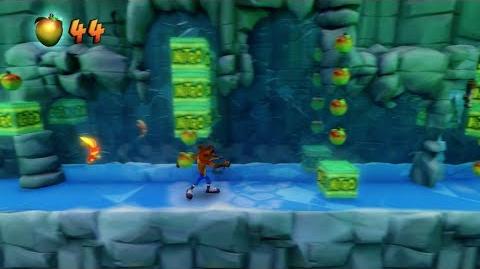 A Red Gem in Crash Bandicoot.

A Red Gem in Crash Bandicoot 2: Cortex Strikes Back.

A Red Gem in Cortex Strikes Back.

A Red Gem in Crash Bandicoot: The Wrath of Cortex.

A Red Gem in Crash Bandicoot: The Huge Adventure.

A Red Gem in the Crash Bandicoot N. Sane Trilogy.

An icon of the Red Gem from the N. Sane Trilogy.
Add a photo to this gallery

Retrieved from "https://crashbandicoot.fandom.com/wiki/Red_gem?oldid=193171"
Community content is available under CC-BY-SA unless otherwise noted.