Jungle Bash
Pogo Painter is the third level of the first warp room in Crash Bash and the first Pogo Pandemonium arena. It is the first level that the player uses a pogo stick in. To score points, the players must jump onto squares to change them to their respective color. To "bank" these points, the player must bounce on a purple ! crate. Like most Pogo Pandemonium levels, Crash and Coco use a regular pogo stick, Cortex and N. Brio use their jet packs, Tiny and Kong use spring shoes, and Dingodile and Rilla Roo use drills. 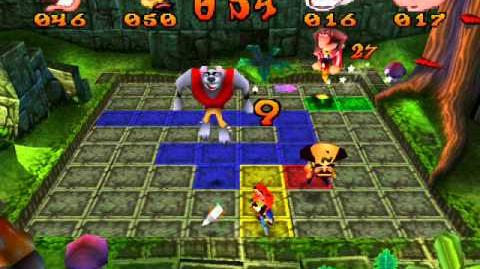 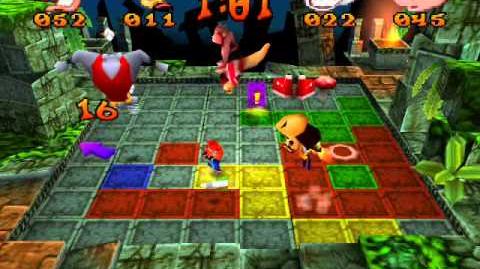