Pogo Padlock is the eighteenth level in Crash Bash, the third stage of the fourth warp room and the fourth and final Pogo Pandemonium arena. If players land on a square of their own color, then they will lose all their colored squares.

If they shoot an opponent with a missile, they will be stunned and their squares will become the player's color. As the name implies, there will be a padlock in the arena from time to time. It will move around, but if the player gets it, it will lock all of the players' squares for a short period of time. Also, this is the only minigame where the arrow is absent. 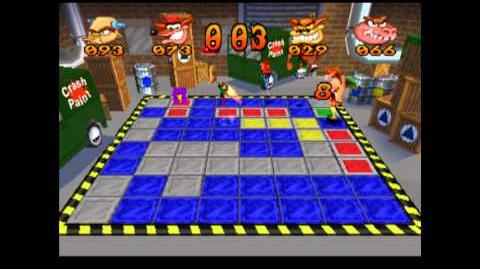 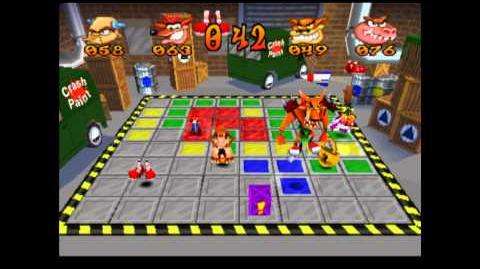 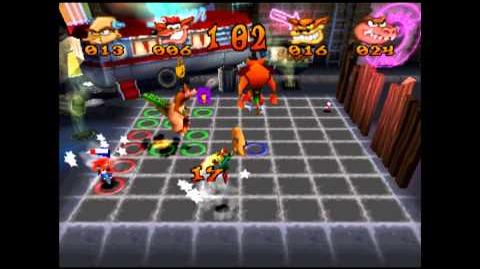