Beat the timer to earn a special gem.

Plant Food is the eleventh level and is the first level of the third warp room in Crash Bandicoot 2: Cortex Strikes Back and the Crash Bandicoot N. Sane Trilogy remake of the second game. It is the third and final stream-themed level in the game. Similarly to Hang Eight, there's a time challenge after reaching the first checkpoint. If the player completes the level before time runs out, they will acquire the yellow gem. At least one Aku Aku is required to complete the time challenge, as there is a narrow passage with Man-Eating Plants near the end of the level, where Crash cannot avoid taking damage. It is also the third level in which Crash rides the jet board. 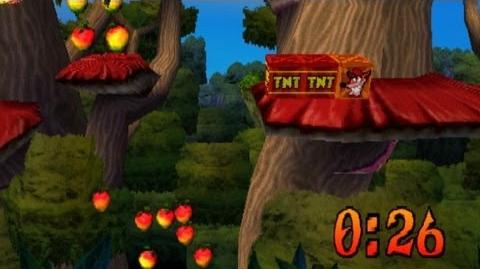 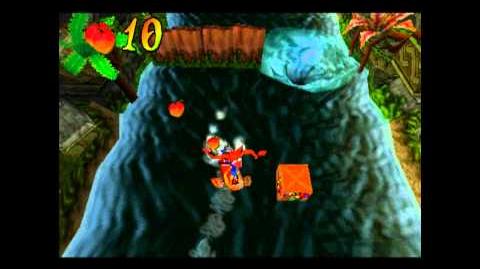 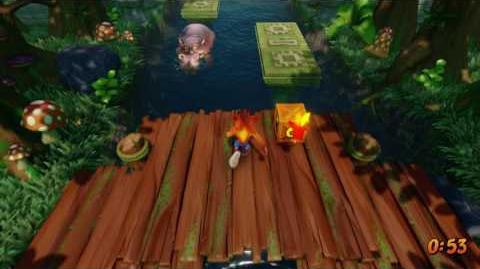 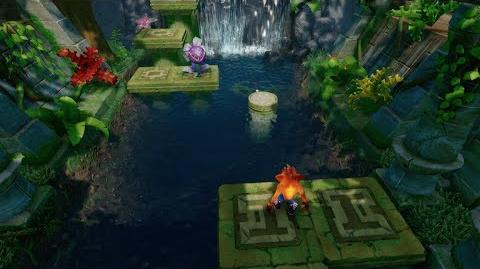 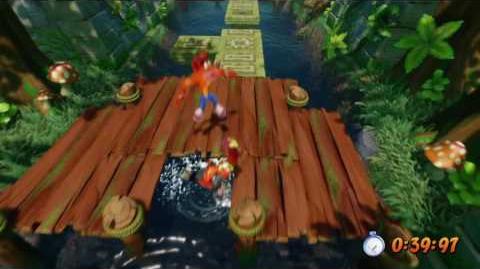