Papu Papu is not only the first boss in Crash Bandicoot, but also the first boss in the whole series. It is the sixth level of Crash Bandicoot (including boss fights). This boss fight takes place in Papu Papu's hut in the native village. He has three hit points. It begins showing Papu Papu sleeping. At that moment, Crash arrives at the worst possible time and wakes up Papu Papu who seems grumpy. Papu Papu then bangs his staff on the ground and swings it around three times. After this, he will attempt to hit Crash with it. If Crash dodges the attack, he can jump onto Papu Papu's head and take away one of his hit points. Papu Papu shakes his head, growls and swings his staff around four times then finally five times, but when Crash makes him lose all three of his hit points, he'll try to squash Crash with his own weight, by falling on the ground, but this is fairly easy to dodge.

Papu Papu is the second boss in Crash Team Racing and is found in The Lost Ruins. His kart is designed to have high speed, but mediocre acceleration and poor turning, similar to Tiny Tiger, Dingodile, and Dr. Nefarious Tropy. Papu Papu is raced on his home track, Papu's Pyramid, after gathering eight trophies. He will lay down Dr. Nitrus Brio's beakers (both red and green) during most of the race to try to stop you, but he doesn't at the spiral part towards the start of the track, making for a good opportunity to attack him. The easiest way to beat him is to take one of the many shortcuts on the track. Defeating him gets the player the second key in the game.

Papu Pummel is the first boss fight in Crash Bash. To enter this boss fight, the player must have 4 trophies.

Papu Papu will begin the match by slamming his staff down on the battlefield. When he does so, a few different columns of tiles will begin to roll in a snake-like pattern. Avoid these squares, as any contact with them at all will result in damage. After the squares stop rolling, several crates will appear on the battlefield, similar to a Crate Crush game. Papu Papu will then raise a shield around himself (making a direct attack useless) and summon two minions who resemble Crash (but are smaller and have red pants). Defeat these minions by throwing a crate at them or kicking them. After they are dead, the shield will fall and Papu Papu will start laughing, leaving himself vulnerable. The player must take advantage of the opportunity to inflict damage, and throw a crate at Papu Papu. Connecting with the throw will take away 1/4 of his health.

Papu Papu will slam his staff on the battlefield again, destroying any crates left on the field. These crates explode on impact with the floor, so caution is necessary to avoid damage. More squares will begin to roll in the snake pattern, but more will roll than last time, so one must be more careful not to take damage.

Papu Papu reprises his role in the N. Sane Trilogy as the first boss. His boss fight is the same as his boss fight in the first game, with the only difference being that he has five health bars in all versions of the remake instead of just the Japanese version.

Papu Papu's boss fight is the same as in the original Crash Team Racing.

As the player waits outside of his boss portal, Papu Papu is seen in his kart being carried by his tribal servants. As Papu Papu starts taunting the player, he begins to smack each of his servants one-by-one with both his staff and fist until they all fall down and drop his kart to the ground. Papu Papu then gets into his kart, adjusting his belly first before driving into his boss portal. Upon defeating Papu Papu, he admits defeat to the player, stating that he's not himself today, blaming his defeat on not eating a big breakfast. He then lifts up his belly, which drops numerous things, such as a bowling bomb, a tracking missile, a N. Brio beaker, and even a chicken. Most importantly, he drops the boss key, which has a donut ringed around it. Papu Papu then gives the boss key to the player after eating the donut. 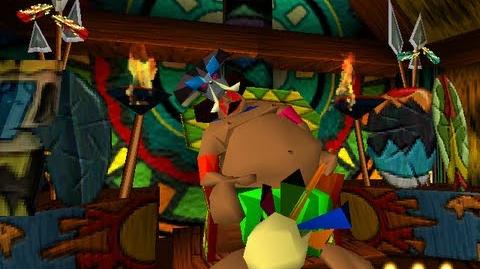 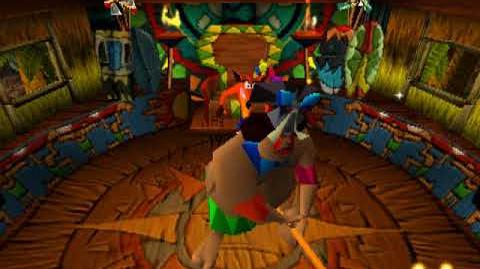 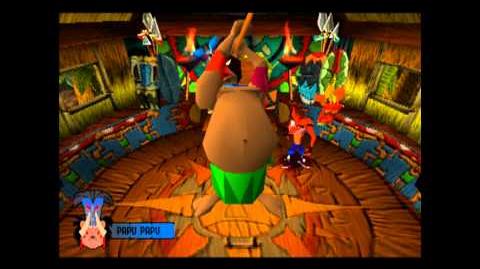 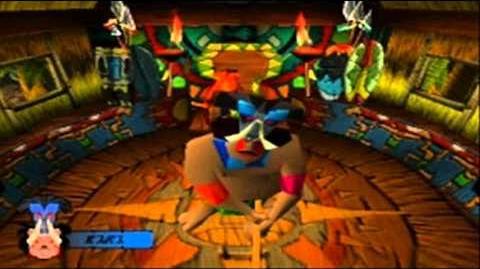 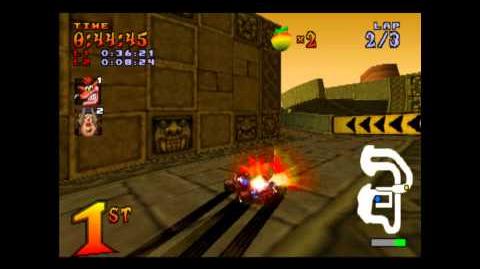 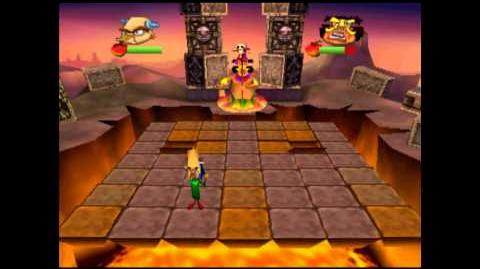 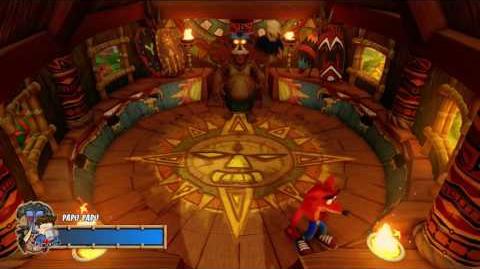