Landing from a jump will cancel your boost.

This level once again sees Biker Crash racing on a motorbike across 1950s-era highway somewhere in the glamorous Southwest America in the early evening sunset. The police cars are now moving forward and backward in a further attempt to stop Crash in his race to 1st place. The road is heavily damaged and there are more holes, ramps, and barricades located on it. In order to get the crystal for this level, Crash needs to finish first while competing against eight Lab Assistants.

In the N. Sane Trilogy, all motorcycle levels are exclusive to Crash meaning that Coco cannot enter this level. 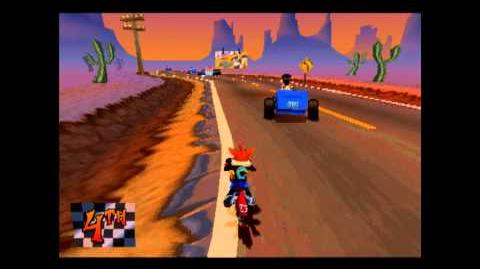 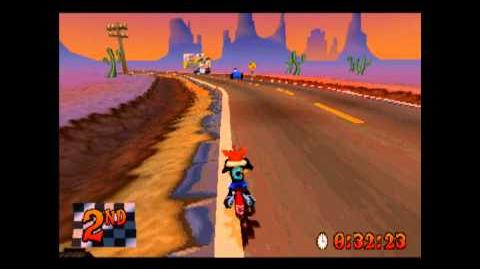 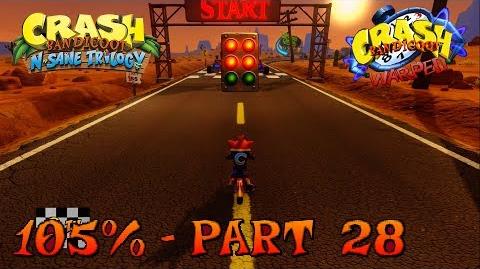 The track in Dingo Canyon