Night Fight is the twenty-third level and is the third level of the fifth warp room in Crash Bandicoot 2: Cortex Strikes Back and the Crash Bandicoot N. Sane Trilogy remake of the second game. Unlike previous jungle levels, it is set during the night and Crash can't see much without the assistance of fireflies scattered throughout the level. Each firefly's light only lasts for a limited time, so players must make haste in traversing the level, so they won't be left to navigate pure pitch blackness. Enemies include possums, lizards, and spiked saucers.

The level design itself is a mostly straightforward affair, complicated slightly by a split path after the first checkpoint. The right path continues the main level path, but the left path is a death route, both of which contain crates.

Unlike the other death routes in the game, this one can be accessed through normal means where the paths rejoin. The easiest way to get the crate gem is to take the right path, and then at the end where the two paths rejoin, backtrack a bit on the left path until the player reaches the two crates and, conveniently, a firefly will be waiting. The easiest way to get both gems in the same run is to take the death route platform and collect the death route gem, death warp to the last checkpoint then take the right path, get the crates from the back of the death route and it's as you were for the crate gem.

The bonus round also has fireflies in it. 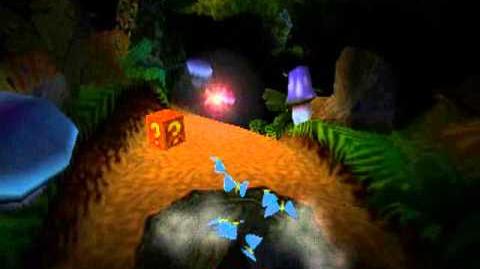 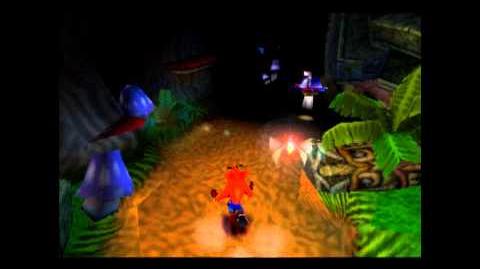 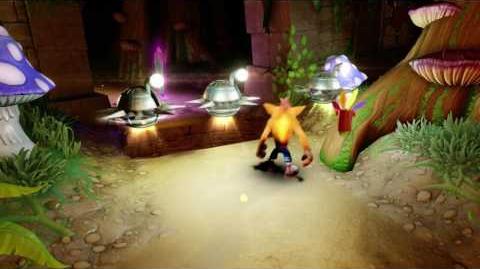 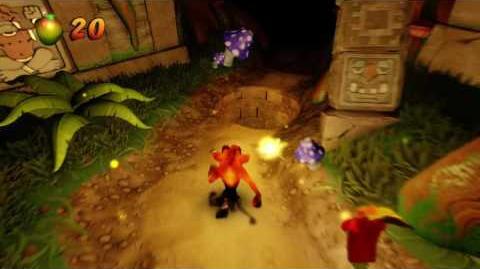