His amazing powers come at a price.

N. Tropy (じかんはかせ エヌ・トロピー lit. Time Doctor N. Tropy in Japanese) is the third boss and second new boss in Warped. This fight takes place inside a clockwork room, possibly N. Tropy's. At the start he's working on a clock but when he sees Crash he accidentally knocks it off the platform and says angrily "Now you're on my time you little skunk! GIVE ME THE CRYSTALS!" He then slams his tuning fork on the ground creating three rows of small platforms in front of Crash. N. Tropy fires a fireball along the bottom at the bandicoot. Then using power from his tuning fork fires a row of fire along the bottom towards Crash, then one that starts from the right and to the left then the opposite. N. Tropy slams his tuning fork again, gets tired, and a path appears in front of Crash that gets him to the master of time. Spin him and he'll go to the other side. Slamming his tuning fork only two rows of platforms will appear in front of Crash. N. Tropy fires a fireball along the bottom and top. Then he fires rows of fire again, forward, to the left and forward again. He then slams his tuning fork in order for Crash to go across the path. The path will be a bit smaller. On his last hit point he'll fire fireballs along the bottom, along the top and the bottom. N. Tropy will fire rows of fire now, to the right, to the left forward, to the right and again to the right. After Crash attacks N. Tropy he flips over and says as Crash gets the Death Tornado Spin, "My time is up, but yours soon will be too."

In the N. Sane Trilogy remake of the game, Coco cannot fight Dr. N. Tropy and is banned from other Boss stages sans N. Gin's fight. 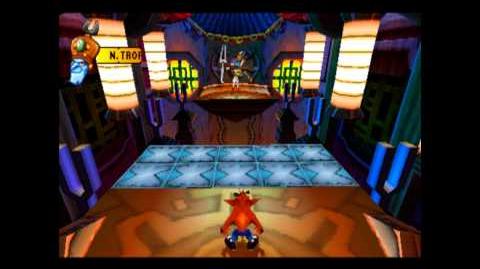 Dr. Nefarious Tropy is the fifth and final boss. To fight him the player must have collected all the blue, green and red gem shards and beaten the three extra levels to access N. Tropy's fight. He has a total of 9 life points and his fight has three rounds. 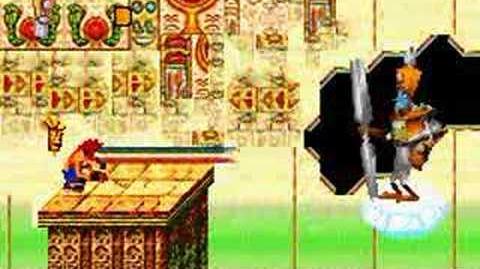 3
In Twinsanity, N. Tropy is one of the two characters Crash must fight in the Henchmania boss along with N. Brio during High Seas Hi-Jinks. The boss is set atop an iceberg floating not far from Doctor N. Gin's Battleship. N. Tropy and N. Brio confront Crash there, N. Tropy demanding to know where the Evil Twins' treasure is. Crash is unable to tell him due to being mute, but N. Tropy misinterprets this as refusing to cooperate, and so the duo attack him. The fight starts with N. Brio's segment. After that, N. Tropy will descends from the sky and use his tuning fork to split the iceberg, and a force field will surround him. Using his fork he will lash out at Crash, who must jump along the pieces of ice before they sink into the sea. After a while, the strength required to maintain his forcefield will grow too much for N. Tropy, and he'll double over, holding his head in pain. His forcefield disappears when this happens, leaving him open to attack. Once N. Tropy is hit, the iceberg will reform and Brio will emerge from the sea again. This repeats 3 times until N. Tropy runs out of hit points. 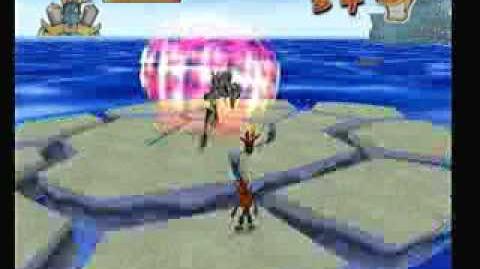 Main article: A Hole in Space

Icon from the load/save screen in Warped