The grass grows greener on the other side of the fence.

Native Fortress is the ninth level (including boss fights) and the final level (third-to-last in Beta) of the first island in Crash Bandicoot and the N. Sane Trilogy remake of the first game. This acts as the way out of Papu Papu's stronghold.

Due to the change in controls and hit detection, this level is considerably harder in the N. Sane Trilogy version than the original.

This level features a secret area, required to get all the crates in this level. Said area is notable for its structure, as it's only made of a few, thin clouds that Crash can walk on, as well as for being the best way to see this environment's beautiful background: a view of the other two islands, seen at sunset. Crash will need the red gem from Slippery Climb (or The Lost City in the Japanese version). 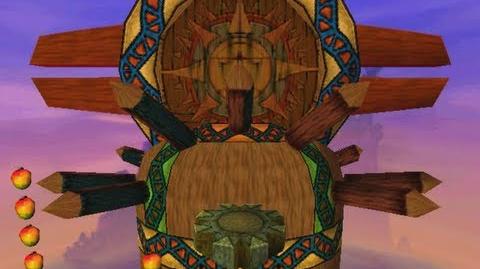 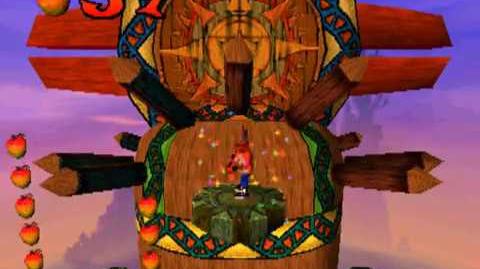 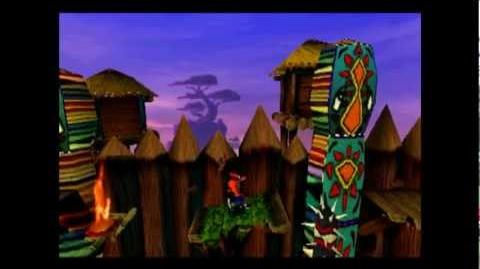 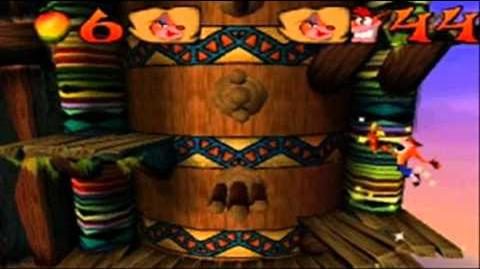 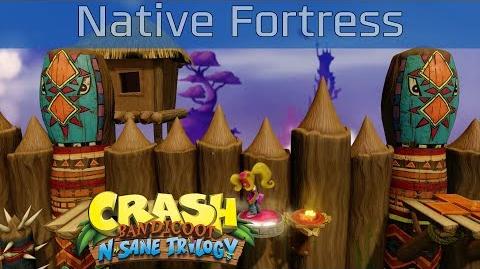 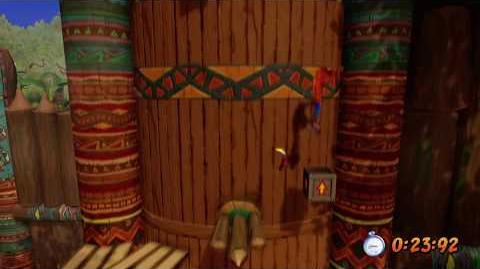 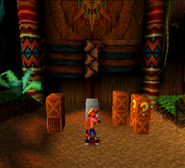