The NVs are mind control devices that appear in Crash: Mind Over Mutant, invented by Dr. N. Brio, mass-produced by Dr. Neo Cortex, and powered by Uka Uka's bad mojo. The helmet initially performs services like checking the news, sending texts, or viewing entertainment. According to the cutscene "N Faux Mercial", it can also access any file, talk to friends, and create (bad-tasting) julienne fries. Dr. Cortex mentions that it has other features, but neglects to explain them. Most likely he is referring to the NV's deleterious long-term effects: after a time, the helmets turn their users into ferocious mutants completely obedient to Cortex and N. Brio.

The Bandicoot family received free NVs in the mail which brainwashed and mutated Coco and Crunch, setting off the events of the game's plot. Crash and Aku Aku were unable to experience the NV's effects, as their headsets malfunctioned or didn't fit respectively.

The NV makes a cameo in Crash Team Racing Nitro-Fueled as part of the Evil Coco and Evil Crunch Legendary skins. 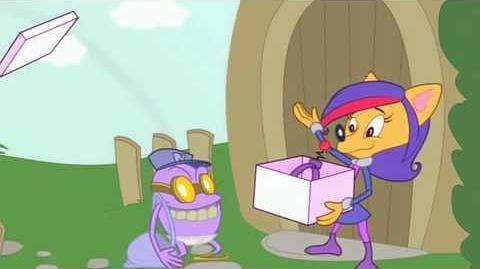 Crunch and Coco wearing the NV.

Crunch and Coco mutated by the NV. 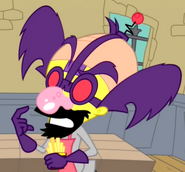 Sludge controlled by the NV in the cutscene "The Big Twist!".

The NV as it appears in the DS version. 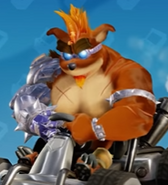